Photos of a Roman Catholic priest in the Detroit area using a squirt gun to spray parishioners with holy water in an attempt to maintain social distancing during the coronavirus pandemic have gone viral.

Facebook users aged 65 plus and conservatives are more likely to share fake news on the platform than younger or more liberal counterparts, according to a new study published Wednesday, reports AFP.

Bulgarian police have arrested a supposed Russian hacker at the request of US authorities on charges of committing advertising fraud of over $7 million.

The supposed hacker is named Alexander Zhukov, a Saint Petersburg native who's been living in Varna, Bulgaria, since 2010, according to Russian newspaper Kommersant, which first reported the arrest, reports ZDNet. 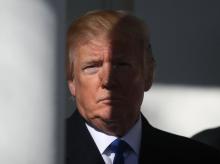 Major European capitals are opposed and the US used to be too - but things have changed under Trump, the article says.

"European officials are concerned the Trump administration's hands-off approach to diplomacy could risk destabilizing a tinderbox region in Southeast Europe," it continues.

As Athens seeks to defuse tensions with Moscow over its expulsion last week of Russian diplomats, the prime minister of the Former Yugoslav Republic of Macedonia, Zoran Zaev, brought the issue back to the fore on Monday, accusing Greek businessmen "sympathetic to the Russian cause" of paying large sums of money to his country's citizens to commit acts of violence ahead of the referendum on the

In an interview with Buzzfeed, the prime minister of the Former Yugoslav Republic of Macedonia, Zoran Zaev, claimed that his government has received multiple reports that "Greek businessmen" who are "sympathetic to the Russian cause" paid FYROM citizens to "commit acts of violence" ahead of a referendum scheduled for later this year on whether the Balkan country should change its name so it can

TheGuardian - Boris Johnson has warned of a Brexit "meltdown" and branded the Treasury the "heart of remain" in unguarded comments at a private dinner. 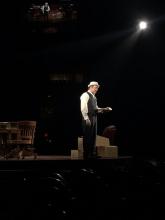 The Los Angeles County Sheriff's Department on Wednesday said its Special Victims Bureau began an investigation into allegations of a sexual assault involving Spacey back in December 2017.

Around 10 people were rushed to hospital on Lesvos on Tuesday night following violent clashes between rival groups in the Moria refugee and migrant camp, Ekathimerini reported.

Riot police were called in to quell the unrest, which reportedly broke out between rival groups of Iraqi and Afghan nationals and resulted in several small fires being set.

US-based internet media company BuzzFeed has published a series of photographs and videos shot by residents inside the government-run Moria refugee and migrant processing center on the eastern Aegean island of Lesvos.