Ljubljana – The opposition Left and Social democrats (SD) filed more than 28,000 signatures to the National Assembly in support of a referendum on EUR 780 million in additional defence spending planned for 2021-2026, which is more than enough to start a referendum procedure. Now they will seek to collect 40,000 verified signatures to call a referendum.

A team of 42 doctors and nurses from Romania's Defence Ministry and Health Ministry will leave for Republic of Moldova to bolster the medical teams in the neighbouring country in the fight against COVID-19.

A Romanian soldier was killed Thursday in Kabul, Afghanistan, while on a patrol mission, Defence Minister Gabriel Les told AGERPRES on Thursday.      According to him, the death occurred as a result of an explosion generated by a car bomb.

Controversy erupted after a decommissioned T-55 tank was installed near the north stand of Red Star Belgrade's football stadium on Monday, with critics in Croatia accusing the club of celebrating Serbian "aggression" during the wars that broke out as Yugoslavia collapsed in the 1990s. 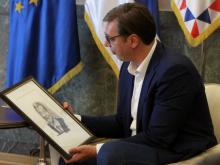 Serbia's Defence Minister, Aleksandar Vulin, has encountered opposition after he said that displaying President Aleksandar Vucic's portrait in ministry and army's offices would be a mark of respect for the country's "supreme commander".

Novica Antic, from the Army Union, has advised the minister to try to improve the position of soldiers instead. 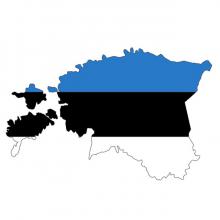 Estonia's defense minister said on Thursday that Russia may use large-scale military exercises to move thousands of troops permanently into Belarus later this year in a warning to NATO, Reuters reported.

Romania's Defence Ministry presented its 2016 activity report under intense scrutiny concerning how it intends to spend its new increased budget.

The EU must help Macedonia bolster security at its border with Greece in order to keep the Western Balkans route shut to migrants, Austrian Defence Minister Hans Peter Doskozil has said.

BAGHDAD - Serbian Defence Minister Bratislav Gasic conferred with Chairman of Iraqi Parliament's Committee on Security and Defense Hakim Al-Zamili concerning security challenges within his working visit to Iraq on Tuesday, and they agreed that terrorism and religious extremism constitute the greatest threats in this context. 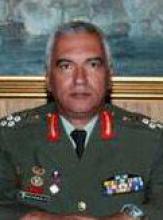 Greece is "very preoccupied" with the NATO flank in Eastern and South Europe, General Mikhail Kostarakos, the Hellenic National Defence General Staff's (HNDGS) Chief said in an interview with AGERPRES.