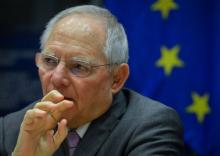 A six-month extension of Greece's bailout program is "not a substantial proposal for a solution", Finance Minister Wolfgang Schaeuble has said.

In his words, the letter "does not meet the criteria" forged by the Eurogroup earlier this week. 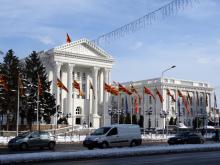 The EU and US have urged Macedonia to follow due legal process following dramatic developments at the weekend when opposition leader Zoran Zaev was accused of attempting a coup.

Police have charged the Social Democrat leader with espionage and with making violent threats aimed at the government with the goal of undermining constitutional order. 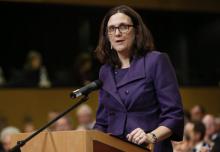 The move comes after the European Ombudsman Emily O'Reilly called on the EC for greater transparency on the trade talks with the US, EurActiv reports. 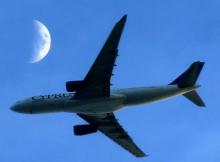 Shares of Cyprus Airways will be delisted from the Cyprus Stock Exchange on January 13, bourse authorities said on Friday, in a fresh blow to the ailing carrier that is under EU scrutiny over concerns that it received illegal state aid.

German Chancellor Angela Merkel accused Russia Dec. 7 of interfering in the domestic affairs of numerous countries that are seeking closer ties to the European Union.

âMoldova, Georgia and Ukraine are three countries in our eastern neighbourhood that have taken sovereign decisions to sign an association agreement with the EU,â Merkel told German daily Die Welt in an interview.

BELGRADE - Serbia is a key to stability in the Balkans and its every step toward the EU is a positive signal to investors, U.S. Ambassador in Belgrade Michael Kirby has noted.

NOVI SAD - Over 140,000 cases have been solved in less than two years since the introduction of enforcement agents by appointing 205 of a total of 308 agents, as it was originally planned, it was stated at a round table on new legal practice in Novi Sad on Thursday.


BRUSSELS -- Former EU Commissioner for Enlargement Stefan Fule has said that "ambitious economic objectives of the Serbian government are encouraging."

He at the same time indicated that "the road to the EU will continue to be a challenging process for the country."