"Bulgargaz could be sued by Russian energy giant Gazprom in an arbitration case, risking paying hundreds of millions of dollars." This was stated by the Acting Energy Minister Rosen Hristov during the parliamentary control.

Natural gas in Europe continues to fall in price at the start of the new year, falling below €70 per megawatt-hour (MWh) for the first time since the beginning of the military invasion of Ukraine, which Russia launched on February 24, 2022. 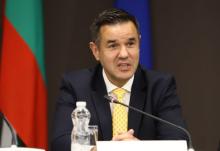 "Unless something happens with the war, I expect that the peak of inflation has passed, thanks to fuel and electricity prices, I don't expect them to go up". This was stated by the caretaker Minister of Economy and Industry Nikola Stoyanov on BNT. 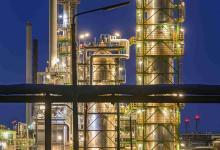 Berlin said on Sept. 16 it had taken control of the German operations of Russia firm Rosneft, which runs several refineries, to secure energy supplies which have been disrupted after Moscow invaded Ukraine. 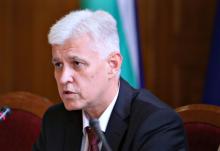 Acting Minister of Defense Dimitar Stoyanov confirmed the information that Ukraine is making a counteroffensive in the military clash with Russia. According to him, it is still too early to say whether the tide of the war has been turned.

Ukrainian general reported that his troops were advancing north towards the Russian border. Read more here.

Gas supplies from Russia to Europe via the Nord Stream 1 gas pipeline will not be fully resumed until the "collective West" lifts the sanctions imposed on Moscow after the start of the invasion of Ukraine. This was announced by Kremlin spokesman Dmitry Peskov, quoted by the "Financial Times".

Natural gas in Europe rose almost 30% in morning trading, the first day since Russia announced it would indefinitely suspend one of its main pipelines to the EU, Nord Stream 1. 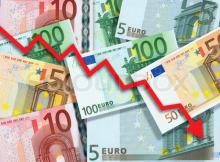 Financial markets have been rattled by the shutdown of Russia's Nord Stream 1 gas pipeline, as energy pressure on European economies intensifies as winter approaches. The euro fell to a two-year low this morning in early trading on Monday after Russian energy company Gazprom extended the shutdown of its gas pipeline to Germany on Friday night.

The Kremlin said on Monday the halt of gas deliveries to Germany via the Nord Stream pipeline was caused by Western sanctions that prevent the maintenance of its infrastructure.