At the end of 2009, as Greek bondholders were beginning to worry about a possible debt crisis, Greece's central government debt stood at about 300 billion euros, roughly 130 percent of gross domestic product. Its fiscal deficit for the same year had been over 15 percent of GDP.

International Monetary Fund data are showing an impressive annual growth rate of 5 percent in Athens property prices from 2013 to 2017, though rates in the rest of the country slid by 5 percent every year over that period.

Greek Prime Minister Alexis Tsipras urged his ministers on Tuesday to intensify reform efforts as the country heads towards the anticipated conclusion of a three-year bailout program in August.

"There is no time for complacency, but we must intensify efforts to finish the marathon," he told a meeting of his cabinet.

Cyprus's economic growth has continued to accelerate, but private sector indebtedness and nonperforming loans (NPLs) are still at very high levels, the International Monetary Fund (IMF) said in a statement made available in Nicosia on Saturday.

In a speech in Berlin, Lagarde hailed a "sustained and broadly shared upswing" in the global economy.

The key to stamping out tax evasion in Romania is a new software and hardware IT system at the National Tax Administration Authority (ANAF) and a collaboration between institutions, Dragos Doros, Vice President of the Tax Consultants Chamber (CCF) and former president of Tax Administration stated on Tuesday.

Finance Ministers and Central Bank Governors of G20 countries met in Buenos Aires. The talks passed in the shadow of planned US duties on imports of steel and aluminum. 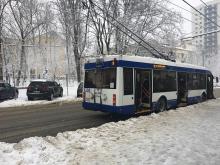 Moldova's economy grew by 4.5 per cent in 2017 - well above the eurozone average of about 2 per cent - as the country's foreign debt decreased slightly, a report released by the Ministry of Finance in Chisinau showed on Monday.

BELGRADE - Official discussions between a Serbian delegation and an International Monetary Fund (IMF) mission about a new programme that does not include financial assistance opened with a plenary meeting at the National Bank of Serbia (NBS) on Monday.

BELGRADE - As a result of successful reforms and stable public finances, financial support for Serbia will not be needed, it was agreed at a meeting Serbian PM Ana Brnabic and Finance Minister Dusan Vujovic held with an International Monetary Fund (IMF) delegation in Belgrade Monday.