The third line of the metro in Sofia is expected to be partially put into operation by the end of August, Prime Minister Boyko Borissov, who inspected the construction of the line said. One kilometer of the new line in Sofia costs 40 million euros, while in other European countries the sum reaches 150 million euros, Borissov said.

The Bulgarian State Railways, BDZ, signed a contract with Siemens Tron for the delivery of 10 new electric locomotives.

Part of the newly constructed third subway line will be released in late July or early August. This was announced by Mayor Yordanka Fandakova after an inspection at the Hadzhi Dimitar metro station.

It was decided for all 8 metro stations from Vladimir Vazov Boulevard to Zhitnitsa Street to be put into exploitation.

The Siemens-Terna consortium has beaten that of Nari, General Electric and Mytilineos to the tender announced by the Independent Power Transmission Operator (ADMIE) for the converter stations to be installed at the power interconnection between Crete and Attica.

The Regulatory Authority for Energy (RAE) has approved the first few licenses for the production of electricity through hybrid systems, opening the way for the processing of some 170 applications it has received. 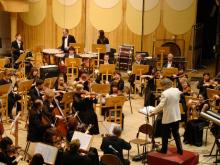 Bulgarian Delyana Lazarova has won the international Siemens Hallé International Conductors Competition in Manchester. In addition to the £ 15,000 prize, the winner is awarded a two-year contract as Assistant Conductor to Sir Mark Elder, Principal Conductor of the Halle Symphony Orchestra in Manchester, BNR reported. 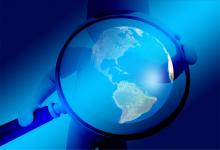 The Dutch electronic giant Philips has repeatedly weakened the encryption standard fof devices that were intended to communicate securely and the watered-down equipment was provided to Turkey, a former company official told Vpro

Just two months after receiving a 15-year prison sentence for his role in a bribery scandal concerning German giant Siemens, a former senior executive of the company's Greek branch was released from jail citing health reasons.

Fourteen years after a judicial inquiry was first launched, the trial into the 1997 Siemens bribery scandal concluded on Tuesday with an Athens court finding 22 of the original 64 defendants guilty of a range of crimes, including money laundering. The sentences are expected to be announced on Friday. 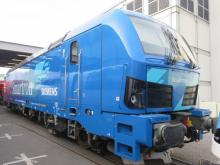 Siemens Mobility now offers its Smartron electric locomotives pre-configured for use in Bulgaria and Romania.

The Smartron was launched in 2018 as a budget version of Siemens' Vectron modular locomotive. It is offered in the standard specification including the Capri Blue livery, offering freight operators faster delivery times and a lower cost than the configurable Vectron family.