British beauty Elizabeth Hurley posted on Instagram a picture of her bikini, showing off her amazing body. The actress and model is wearing a white bikini and sunglasses as she smiles for the camera.

An instant phenomenon as vampire Eric Northman in "True Blood," Swedish actor Alexander Skarsgård will be in Turkey for the first time as a guest of !f Istanbul.

The star of the !f Gala film "The Diary of a Teenage Girl" will also attend a festival talk on Feb. 21 to speak about his acting career.

Athens Mayor George Kaminis has invited pop singer/Eurovision star Sakis Rouvas to bring Christmas to the center of Athens. The signal for the official illumination of Syntagma Square at the city center will be given at 7 p.m. on Thursday, November 19.

Greece’s Council of State, the country’s highest administrative court, on Monday published a decision that maintains a fine against an Athens television station for its raunchy prime-time weather reports by a scantily clad presenter.

The original fine was levied by the board of the National Council for Radio-Television, an independent broadcast watchdog agency, known as ESR.

A bomb planted inside the compound of the office building of daily Star and the private broadcaster, Channel 24, has been deactivated by bomb experts, daily Star said in a written statement on July 24, according to the state-run Anadolu Agency. 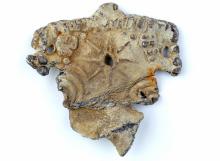 Archaeological excavations in the Bulgarian seaside town of Sozopol on Sunday revealed an interesting find - a leaden bucranium with an eight-ray star, which possibly served as model for the coat of arms of Macedonia.

This was announced by the Director of the National Historical Museum (NIM) Bozhidar Dimitrov in a press release on Monday. 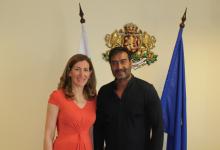 The star of Bollywood cinema Ajay Devgan will participate in a promotional video on Bulgaria advertising the country as a tourist destination, which will be broadcasted in India.

This was announced by Bulgarian Tourism Minister Nikolina Angelkova in the city of Varna on Friday after a meeting with local authorities and representatives of the tourism sector.

Scientists, engineers, technical staff, political decision makers, suppliers and users of space technology and applications will be taking part, May 27-29, in the Romanian Space Week annual conference organised by the Romanian Space Agency (ROSA) under the aegis of the Ministry of Education and Scientific Research.

Following a barrage of criticism after blocking the unveiling of a memorial to the city?s 1,484 Jews who perished in a Nazi extermination camp, the mayor of Kavala in northern Greece has apologized to members of the Jewish community and pledged that the inauguration, originally scheduled for last Sunday, will be held next month.