Celje – A long-running trial over allegedly bogus consultancy contract related to the 2007 acquisition of stock of a fish-processing company by builder Vegrad has collapsed after a court-appointed expert found that consultancy services were in fact provided and the prosecution withdrew the indictment against prominent lawyer Miro Senica and co-defendants.

Ljubljana – President Borut Pahor has decided to call a general election on the first possible date, 24 April 2022, “but if he expected to calm down the increasingly tense situation in the country, he was very wrong”, the newspaper Večer says in Saturday’s commentary under the headline No Reprieve.

Ljubljana – Two women were stabbed on Monday morning in separate incidents involving male perpetrators, both of whom have been apprehended. Both wounded women have been hospitalised.

In Postojna, a man stabbed a 22-year-old woman several times, the Koper Police Department said, adding that the woman had been taken to hospital, while the suspect had been apprehended. 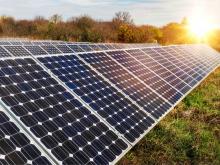 Maribor – The newspaper Večer is concerned in Saturday’s commentary that the Slovenian government is not working on any measures to stem rising energy prices, a global trend which the newspaper says will soon also strongly affect Slovenian households.

Ljubljana – Slovenian Police Commissioner Anton Olaj has rejected allegations that the police is politicised. The situation is considerably better than one can gather from media reports, he said in an interview with the the newspaper Večer run on Saturday.

Maribor – Health Minister Janez Poklukar said in an interview with the newspaper Večer that the expansion of the Covid pass requirement had been introduced to put the epidemic under control not to force anyone to get vaccinated. He said hospitals would soon need to restrict access to their services due to rising Covid-19 hospitalisations.

Ljubljana – A group of coronavirus deniers and anti-vaccination protesters stormed the headquarters of the Slovenian public broadcaster last night, managing to get into the newsroom studio before the police intervened.

Celje – GE STEAM Power Systems, the legal successor to Alstom, has struck a plea bargain with the prosecution in a case involving an alleged bribery scheme in the construction of TEŠ6, the EUR 1-billion-plus unit six at the Šoštanj coal-fired plant (TEŠ).

Ljubljana – Trade union confederations decided on Thursday to leave the Economic and Social Council (ESS), the country’s main industrial relations forum. The main reason is the “government’s systematic violation of rules on the functioning of the ESS”. More detail is to be presented at a press conference on Friday.

Maribor – Some 150 protesters gathered in the Maribor city centre on Saturday to protest against anti-coronavirus measures. The rally was organised through social networks. The protesters did not wear face masks and did not keep a safety distance.