U.S. Vice President Kamala Harris said on Wednesday that she intends to run for a second term with President Joe Biden in the 2024 election. She was answering questions from reporters on the plane en route to California.

"President [Biden] intends to run, and if he does, I will be his partner. We will work together," the White House spokeswoman was quoted as saying.

"In recent weeks, the issue of arms exports to Ukraine has been used harshly. An accusation has been made that we speak one thing in public and do another behind the scenes. And while we claimed that we did not export a single cartridge, they claimed that tons of weapons for billions of levs were sold at night with intermediaries".

When the ground heaved from last week's earthquake in Afghanistan, Nahim Gul's stone-and-mud house collapsed on top of him.

He clawed through the rubble in the predawn darkness, choking on dust as he searched for his father and two sisters. He doesn't know how many hours of digging passed before he caught a glimpse of their bodies under the ruins. They were dead.

Desperate rescuers battled against the clock and heavy rain on June 24 to reach cut-off areas in eastern Afghanistan after a powerful earthquake killed at least 1,000 people and left thousands more homeless. 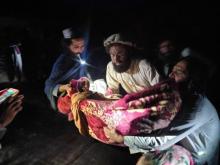 The quake had a magnitude of 6.1 on the Richter scale, and the final number of victims and injured is still unknown because it is not known how many people were buried in the rubble. Therefore, it is feared that the total number of victims could be significantly higher, reports the BBC.

The victims of the earthquake in Afghanistan on Wednesday night increased to at least 920, said the deputy minister in charge of disaster management, AFP reported.

"According to the information we have so far, at least 920 people have been killed and 600 injured," Sharafuddin Muslim told a news conference in Kabul. 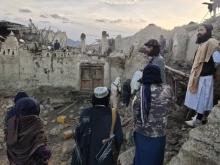 Most of the victims were registered in Paktika, where 100 people were killed and 250 injured, said Muhammad Nazim Haqqani, head of the Taliban's emergency services.
He said there were casualties in the eastern provinces of Nangarhar and Khost.