Bulgaria ranked 85th, according to a study assessing the digital quality of life worldwide. This year the survey covers 90% of the world's population and rtes110 countries, looking at five main pillars of digital life: accessibility and quality of the Internet, e-infrastructure, e-security and e-government, according to BGNES

Kaunas – The Slovenian national basketball team will compete in the Tokyo Olympics after NBA star Luka Dončič led the team to a 96:85 win against Lithuania in the final of a qualifying tournament on Sunday.

Romania's National Committee for Emergency Situations (CNSU) updated on Friday its list of countries or areas with high COVID-19 epidemiological risk. "The classification of the countries/areas by the cumulative rate of COVID-19 cases in order to sort the persons arriving in Romania accordingly and subject them to quarantine is hereby approved," reads CNSU Decision 39.

Turkey ranked third in the world after China and India with an annual growth of 1.3 million tonnes in LNG imports in 2020, according to the latest report of the International Group of Liquefied Natural Gas Importers (GIIGNL).

Alexandria – Slovenia opened their campaign at the World Men’s Handball Championship in Egypt on Thursday with a convincing 51:29 win against South Korea, getting a much-needed confidence boost ahead of Saturday’s encounter with Russia.

The low oil price environment in the global market is dragging the Middle Eastern oil-producing countries to collapse, whose economies are strongly dependent on crude oil production and exports.

By order of Minister of Health, Kiril Ananiev, the entry into and transit through the territory of the Republic of Bulgaria of heavy goods vehicles travelling to the Republic of Turkey and arriving from the following countries is temporarily suspended as of March 25: 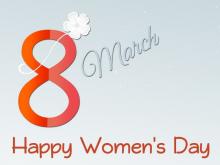 International Women's Day is celebrated each year on March 8th. This is a day for international recognition of women's economic, political and social achievements.

The celebration began in 1857 in New York when one of the first protests of women working in textile factories was organized. They demanded equal rights with men, reduced working hours and improved working conditions.