According to Histoire Ecclesiastique Des Isles Et Royaumes Du Japon, written by François Solier of the Society of Jesus in 1627, Yasuke was a Muslim from Mozambique. Solier’s account may however have been an assumption, as it was written so long after the event and there is no surviving contemporary account that corroborates it.

Turkey's cement industry aims to increase exports by 10 percent year-on-year to 13 million tons in 2017, Ali Özinönü, the chairman of the Council of Cement and Soil Products Sector at the Turkish Exporters Assembly, stated on May 16.

Nations from across the African continent will share their customs, culture and traditions at the 16th annual African Gastronomy, Music and Folk Art Festival. Angola, Ethiopia, South Africa, Seychelles, Morocco and Egypt are among the many African countries whose unique contributions to world culture festival-goers will be able to learn about and enjoy.

The Greek Film Archive presents the 6th African Film Week, with screenings to take place at its premises in Athens and also, for the first time, at Thessaloniki's Olympion Cinema, from March 9-15 and 16-22 respectively.

He doesn't have much time left before he leaves office in a few weeks, but U.S. President Barack Obama got in one final, parting shot against Israeli PM Benjamin Netanyahu in revenge for the latter's speech in Congress in March 2015.

On Dec. 23, the U.N. Security Council passed a resolution demanding an end to illegal Israeli settlements in the West Bank and East Jerusalem. 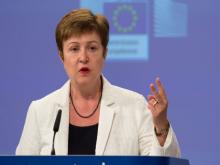 An informal dialogue with Bulgaria's new candidate for the top UN post will take place at UN headquarters on Monday, Peter Thomson, president of the 71st session of the UN General Assembly, announced on September 29. 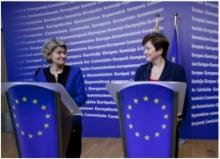 Russia and Ukraine are among a few of the countries that have raised questions regarding the Bulgarian nomination of European Commissioner Kristalina Georgieva for UN Secretary General, announced Radio Free Europe.

Tony Hayward, the former BP boss, is set to step down next year as chairman of Genel Energy, which he founded in 2011 and became the biggest oil and gas producer in Iraqi Kurdistan Regional Government (KRG), three sources close to the company said.

Today, Genel is struggling with a drop in oil prices, regional conflict and a large reserves downgrade.

Nikolic noted the bilateral cooperation between the two countries was exceptional and based on sincere friendship and understanding. 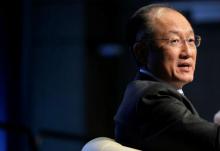 The International Monetary Fund and World Bank focused April 14 on Britain's possible EU pullout and widespread tax evasion as key threats to the global economy as they opened their Spring Meetings.