The president of Qatar's National Human Rights Committee hopes that, as a key member of the European Union and the European Parliament, Greece can play an important role in alerting the international community to the need to end the diplomatic crisis between his country and Saudi Arabia, the United Arab Emirates, Bahrain and Egypt.

Members of several European royal houses, as well as royals from as far away as Bahrain and Japan, are set to gather in Bucharest at the end of the week to attend the funeral of Romania's last monarch, King Michael I, who died last week aged 96.

The king died at his modest residence in the village of Aubonne , in Switzerland, after over a year of battling cancer.

The long-distance triathlon race, taking place on 23 September and organised by the World Triathlon Corporation (WTC), will consist of a 1.9 km swim, a 90 km bike ride and a 21.1 km run. 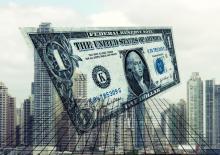 Dolphin Capital Partners and Kerzner International announced today the creation of “One & Only Kea Island”, an integrated luxury resort that includes a hotel and residences designed to redefine the high level tourist product in the Aegean.

Qatar signed a military technical cooperation agreement and memorandum of understanding on air defense and military supplies with Russia on Thursday, a statement from the Qatari defense ministry said, quoted by Reuters. 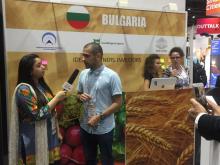 8 Bulgarian companies took part in GITEX - the largest technology exhibition in the Middle East. It was held from 8 to 12 October at the World Trade Center in Dubai, UAE.

The Ministry of Economy and the Bulgarian Investment Agency (BAI) supported financially the Bulgarian start-up companies with space and stand during the exhibition.

The US Senate voted in favor of the appointment of former Utah Governor John Huntsman as the country's ambassador to Moscow, Reuters reports.

The Senate approved Huntsman, who was the US ambassador to Beijing during former President Barack Obama. He was also an ambassador to Singapore during President George W. Bush.