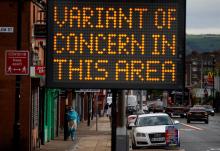 Germany will impose a quarantine on people arriving from Britain due to the spread thereof the coronavirus variant first found in India, the Robert Koch health institute said on May 21.

From Sunday, all travelers arriving from the U.K. will have to submit to a quarantine period of two weeks, regardless of whether they can provide a negative test result for the virus.

The European Union said on April 14 that it is expecting 50 million Pfizer coronavirus vaccine doses earlier than expected, as the United States said it would continue a pause in vaccinations using the Johnson & Johnson shot for at least another week so regulators can assess possible blood clot links.

European Union member states will begin vaccinations against Covid-19 in 10 days, Germany said, as Europe tries to catch up with Britain and the United States after what some have criticized as a slow EU approval process for the jabs.

The European Union criticised Britain's rapid approval of Pfizer and BioNTech's Covid-19 vaccine on Wednesday, saying its own procedure was more thorough, after Britain became the first western country to endorse a Covid-19 shot.

Sir Keir Starmer was elected the new leader of Britain's main opposition Labour Party on April 4.
In a statement, he said: "It is the honor and the privilege of my life to be elected as leader of the Labour party."
Starmer won with 56.2% of the vote in the first round, a decisive victory.

The European Union's top diplomat and the foreign ministers of Britain, France, Germany and Italy condemned on Tuesday Turkey's plans to send military experts and trainers to Libya, saying foreign interference there was exacerbating instability. 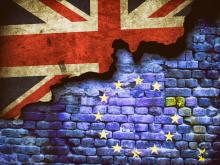 "From what we know, it seems the Prime Minister has negotiated an even worse deal than Theresa May's, which was overwhelmingly rejected.

The Irish Supreme Court has blocked the strike of the Ryanair pilots scheduled for tomorrow and again in Dublin.

The airline welcomed the decision and urged pilots to return to negotiations and to resolve any disagreements without disrupting the flight schedule.

A British court decision is also expected today to postpone the protest by pilots in Britain.

"Germany wants the UK to maintain a close partnership with the EU after Brexit." This was stated by Chancellor Angela Merkel, quoted by Reuters and BTA.