By order of Minister of Health, Kiril Ananiev, the entry into and transit through the territory of the Republic of Bulgaria of heavy goods vehicles travelling to the Republic of Turkey and arriving from the following countries is temporarily suspended as of March 25:

On Monday, 2,411 cases were registered, and now a total of 46,154 are registered.
The number of deaths increased to 29 during the day.
The United States has thus surpassed Spain by number of cases, but this European country has a problem with the high number of deaths, currently at 2.311. 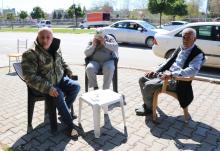 Turkey on March 21 imposed a partial curfew for citizens over the age of 65 and those with chronic diseases, effective as of midnight, as part of measures against the coronavirus outbreak.

Turkey extended measures against the coronavirus on March 21, suspended flights with 46 more countries and banning picnics and barbecues, as the number of cases has roughly doubled every day for a week. 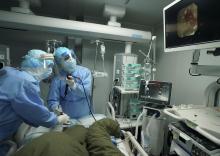 The world's richest nations prepared more costly measures on March 17 to combat the global fallout of the coronavirus that has infected tens of thousands of people, triggered social restrictions unseen since World War Two and sent economies spinning toward recession.

Turkey's Agriculture and Forestry Ministry has started a project against the poisonous puffer fish, which started being seen in the country since the 2000's and invaded the Mediterranean coast.

Fishermen will receive five Turkish Liras (80 U.S. cents) from the authorities in exchange for a tail of the puffer fish they caught within the scope of the project.

The coronavirus has reached the highest levels of government and the sporting world, with Canada's prime minister isolating himself when his wife tested positive, the Arsenal manager and a Chelsea player being diagnosed and the Australian Grand Prix cancelled just hours before the event was due to start.
China

The impact of COVID-19 will be negative in the short term on certain sectors of the commercial real estate market in Europe, provided that the outbreak gets under control within a reasonable time, says Anthony Selman, CBRE Head of Investment Properties Central and Eastern Europe.