The French Minister of Sports, Roxana Maracineanu, told a Monday's press conference that she hopes to bring good luck for the French footballers in the match versus Switzerland in the round of 16 at EURO 2020, taking into account that it takes place in Bucharest, the city where she was born. 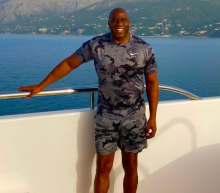 The opening of tourism in Greece has already begun to record its first great success as Greece is at the top of the Bloomberg list with the most superyacht visits this summer.

The Serbian team defeated France 63-54 in the Women's EuroBasket final in Valencia in Spain on Sunday to win the European championship for a second time, after a six-year gap.

France had been widely tipped as likely winners, but Serbia's coach Marina Maljkovic said after the victory that her team deserved the trophy.

Women's basketball team of Serbia won a gold medal at the European Championship, after beating France 63:54 in the final in Valencia. Vasic will end her career after the Olympic Games in Tokyo, as she announced earlier.

The French far-right again failed to win a single region in elections on June 27 exit polls showed, depriving its leader Marine Le Pen of a chance to show her party is fit for power ahead of next year's presidential election.

Rimini – Slovenia finished 4th in their debut appearance in the FIVB Volleyball Men’s Nations League after conceding to France in the match for the third spot 0:3 (-20, -18, -19) on Sunday.

Brest – Slovenian cycling stars Primož Roglič (Jumbo-Visma) and Tadej Pogačar (UAE Team Emirates) placed third and sixth, respectively, in stage one of this year’s Tour de France on Saturday, which saw two major crashes. Both Slovenians seem to have dodged any serious injuries stemming from the collisions. The stage was won by France’s Julian Alaphilippe.

Serbia was dominant during most of the match, with only sporadic ups and downs.
After the first quarter, the basketball players of Serbia played great in the defense in the second half and reached a double-digit advantage with a series of 13: 0 (31:18).

Serbia defeated Belgium 74:73 in the semifinals of FIBA Women's Eurobasket after a great fight.
Serbia will play against France in the final on Sunday, scheduled at 21:00.
Serbia entered the match fantastically. It was a recognizable defense of our national team, so our basketball players allowed Belgium only two points in four and a half minutes.

Greek hotel sector executives told ot.gr on Friday that the country has not veered from agreed-to provisions taken at the EU leaders' level for opening borders around the continent, within the framework of a European "vax certificate".