Greece is a country in the southern Balkans

Former Prime Minister George Papandreou revealed on Friday that he had asked Greeces lenders to offer the country its first bailout package at a lower interest rate but his request was refused.

Eight prison guards from Nigrita jail in northern Greece are due to appear before a magistrate on Saturday as part of the investigation into the death of inmate Ilie Kareli, who was found dead in his cell a few days after stabbing a prison officer to death.

A total of 15 people have been charged with beating and torturing Kareli, causing his death.

The reading had dropped at an annual pace of 6.1 percent in December. 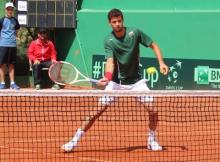 The world number 15 Bulgarian took just over an hour and a half to beat his Greek opponent, ranked 690th, and take the lead for his country in Athens. Dimitrov did not lose a single service game along the way.

A new report rates Western Balkan countries midway in the world when it comes to quality of life and social progress.

Some 876 cases of human trafficking were officially reported in Romania last year, which was down on the figure for 2012 but showed that the problem persists, officials say. 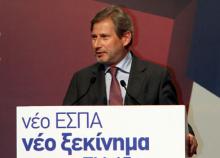 The European Commission said on Thursday that it has approved three significant investments to help get Greece thoroughly into the digital age with money from the European Regional Development Fund totaling 389.4 million euros.

Athens is set to officially announce its return to the money markets with the issuance of a five-year bond for an estimated 2-3 billion euros. Sources also suggest that the announcement could come after a likely credit rating upgrade by Moodys over the course of Friday. 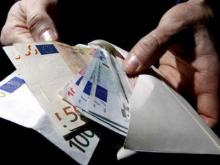 Corruption in Greeces public and private sectors dipped by 15 percent last year, according to a report carried out by the Greek branch of Transparency International which found that 30 percent of respondents said they refused to deliver under-the-table payments, known as fakelakia, when asked for them.

The center-right needs a clear ideological identity. Political instability and the absence of an organized center-left have left it with the task of representing the people who believe in true democracy as well as Greeces future in the European family.