The National Intelligence National Organization (MİT) has brought two PKK terrorists, who had been operating in northern Iraq, to Turkey.

The intelligence service had been closely monitoring the activities of the terrorist Emrah Adıgüzel and Pervin Arslan for some time, security sources said.

Five months after they were suspended, international talks on Iran's nuclear programme will restart on Monday in Vienna with analysts foreseeing major obstacles to any speedy resumption of the 2015 nuclear deal. 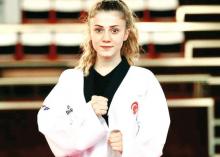 The Turkish Taekwondo Federation tweeted that Dinçel beat Alma Perez Parrado from Spain in the women's 53 kg final to become the world champion. 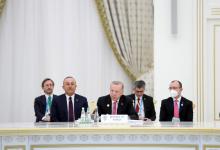 Afghanistan's economy should be revived to prevent a refugee crisis that will affect our entire region, President Recep Tayyip Erdoğan said on Nov. 28, speaking at the 15th Leaders' Summit of the Economic Cooperation Organization held in Turkmenistan.

Riot police were deployed in force on Nov. 27 in the Iranian city of Isfahan, a day after dozens were arrested in violent protests over the drying up of a lifeblood river.

Security forces fired tear gas during the clashes with stone-throwers in the protest in the dry bed of the Zayadneh Rood river that crosses the city, Fars and ISNA news agencies said.

Ljubljana – Hit the Road, a chaotic family road trip movie by Iranian director Panah Panahi, is the winner of the Kingfisher Award, the main award handed out at the Ljubljana International Film Festival (LIFFE).

Panahi’s debut feature is a multi-layered portrait of an Iranian family and Iranian society at large set in a road trip through north-western Iran.

Libya, Iran, Syria and Yemen are currently classified as being a Level 1 risk

The 11th Bursa International Photography Festival (Bursa FotoFest), organized with the cooperation of Bursa Metropolitan Municipality and Bursa Photography Art Association (BUFSAD), will be held from Nov. 19 to 28 with the participation of photographers from different regions.

The theme of this year's festival will be "Eye to Eye."

The unilateral sanctions against Iran are wrong, Foreign Minister Mevlüt Çavuşoğlu said on Nov. 15, emphasizing that it is important for the stability of the region.