Argentina gained revenge on Australia for last week's defeat with a seven-try bonus point 48-17 victory in the Rugby Championship on Aug. 13.

Washington – The Slovenian coastal town of Piran has made it to a list of the 15 prettiest small towns across Europe by the US television network CNN, which described it as a “mini Venice”.

What else more than studying abroad can shape and mold students into well-rounded individuals who understand people from different cultural backgrounds and embrace people's perfections alongside their flaws? Experiencing new places and gaining a fresh perspective of the world while earning credits towards their degree is a dream for most students.

He then hired Sergei Magnitsky, head of the tax practice at Moscow law firm Firestone Duncan, to investigate the accusations. Magnitsky's research revealed a state conspiracy against Browder's fund and high-level corruption, but the state hit back.

Türkiye, with a population of 84.68 million, ranks 18th among 195 countries in terms of population size as it constitutes 1.1 percent of the world's total population, the U.N. reported on July 11, World Population Day. 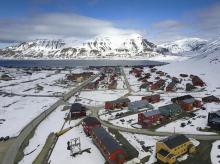 Türkiye has decided to be included in the Svalbard Treaty, which will enable Turkish citizens to acquire property, residence and fishing rights in the Svalbard (Spitsbergen) archipelago and territorial waters.

The bill, which was signed by President Recep Tayyip Erdoğan, regarding the treaty has been forwarded to the parliament speaker's office.

The price is an auction record for a painting by Bacon sold in London and also for any single panel painting by the artist.

The EU Is Playing a Dangerous Game in Ukraine

An interview with Irish member of the European Parliament Clare Daly