Israeli artist Sigalit Landau wades into the warm, briny waters of the Dead Sea to inspect her latest creation - everyday objects coated in salt crystals that glisten in the bright morning sun.

A jersey worn by basketball legend Michael Jordan during Game 1 of the 1998 NBA Finals, his last title victory, is set to be auctioned off in September for an estimated $3-5 million, Sotheby's announced Wednesday.

The iconic red Chicago Bulls jersey, with Jordan's number 23 on the back, is only the second worn by the star during his six championships to be sold at auction.

Nuclear-biological defense specialists at the plane crash site in Greece

A special team of nuclear-biological defense specialists arrived at the crash site in northern Greece, where a plane carrying a dangerous cargo crashed last night.

Tehran on Sunday accused Washington of provoking tensions in the Middle East, a day after US President Joe Biden ended a tour to Iran's rival Saudi Arabia and arch-foe Israel.

Washington "has once again resorted to the failed policy of Iran-phobia, trying to create tensions and crises in the region," Iran's foreign ministry spokesman Nasser Kanani said in a statement. 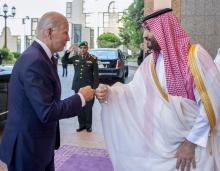 President Joe Biden on July 16 will lay out his strategy for the Middle East as he closes out of the final leg of a four-day trip meant to bolster U.S. positioning and knit the region together against Iran.

A chlorine gas explosion killed 12 people and injured more than 250 on Monday, authorities said, when a tank that fell from a crane released a poisonous yellow cloud at Jordan's Aqaba port.

Iran's next revolution will be brought on by women taking back the freedoms denied to them in the Islamic republic, said Zar Amir Ebrahimi, the winner of this year's Best Actress award at Cannes.

Türkiye and Saudi Arabia on June 22 declared their determination to start a "new era of cooperation" during a visit by Saudi Crown Prince Mohammed bin Salman, as they set aside years of acrimony following the brutal slaying of a Saudi columnist.

Saudi Arabia on June 20 lifted a ban on citizens travelling to Türkiye and three other countries, state media reported, as the kingdom continues to relax coronavirus prevention measures. 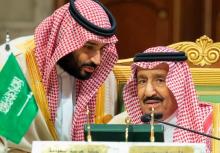 After Cairo, Prince Mohammed, Saudi Arabia's de facto leader, will travel to Jordan and then on to Türkiye, the diplomat said.