Bucharest Best Comedy Film 2020, which will take place between December 1 and 10, can be watched on the ComedyEst television channel, a premiere in the world of film festivals. The "Grigore Vasiliu Birlic" Cultural Association, which organizes the event, proposes at this second edition a tour of the world from 10 different cinematographic perspectives.

Spain introduces the requirement for a negative PCR test upon entry into the country for citizens of 65 countries at high risk of COVID-19 infection, including Bulgaria. The measure takes effect from today, November 23. 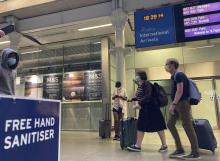 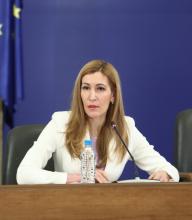 The number of jobless people in Romania, due to the novel coronavirus, is about one million, taking into account the employment contracts suspended and terminated at the end of May, a press release of the National Confederation for Women Entrepreneurship (CONAF) reads on Monday. "To this figure will be added the number of Romanian jobseekers coming from abroad.

People arriving in Bulgaria from the Netherlands will no longer be subject to the mandatory fourteen-day quarantine as of June 15 (Monday), a new regulation issued by Bulgaria's Minister of Health Kiril Ananiev reads.