California Governor Gavin Newsom has denied a parole request by Hampig Sassounian, an Armenian who assassinated a Turkish diplomat in Los Angeles in 1982.

The announcement came on May 25 with Newsom reversing the Board of Parole Hearings' decision which found Sassounian suitable for parole. 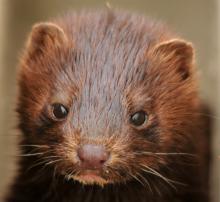 A second fur farm worker in the Netherlands is now 'extremely likely' to have been infected with Covid-19 by a mink, farming minister Carola Schouten has told MPs.

Nearly half of Greeks feel fine about driving when they're tired and a quarter will get behind the wheel after consuming more than the permitted amount of alcohol, a recent Eurobarometer survey has found.

Austria, the Netherlands, Denmark and Sweden have put forward a counterproposal for a European coronavirus recovery fund with a two-year time limit and a concentration on loans.

Mory Kante, who helped bring African music to the world audience with hits like Yeke Yeke, has died in the Guinean capital Conakry on May 22 at the age of 70, local media reported.

He was suffering from a chronic disease and died at his home in Conakry.

Kante was a Guinean vocalist and player of the kora harp, a string instrument extensively used in West Africa.

Today, the ambassadors of NATO member states are discussing this in Brussels.
"We regret the announcement by the US government that it intends to withdraw from the Open Skies Treaty, although we share concerns about Russia's implementation of the provisions of that agreement," reads the letter signed by the foreign ministers of ten NATO member states.

The tourism ministers of Turkey and Greece have discussed possible joint efforts to promote the Aegean Sea as a holiday destination at a time when the coronavirus hits the tourism industry globally.