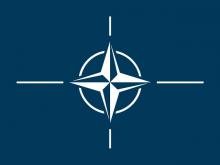 Warships from eight NATO countries participated in live-fire self-defense exercises of ship and missile systems near Scotland on Sunday the U.S. Department of Defense said, quoted by Reuters.

Ships from Canada, France, Germany, Italy, the Netherlands, Spain, the United Kingdom and the United States defended against a medium-range missile as well as three anti-ship cruise missiles.

The participants in the mountain biking race will enjoy eight days of mountain bike on the most beautiful paths of Pindos – The starting point will be in the picturesque Smixi of Grevena and through Metsovo, Pyli of Trikala, Neochori of Karditsa, Krikello of Evritania, Athanasios Diakos of Fokida, Ano Chora of Etoloakarnania, cyclists will reach at Nafpaktos.

Belgium with its victory in Bosnia and Slovenia with a draw with Scotland, made Greece’s job tonight easier. Greece, on her side, won inside Cyprus and now what separates us from the participating in the group of eight teams that will try to get the last four European tickets for the World Cup in Russia, is Gibraltar.

Tibor Varadi thinks the stance that Kosovo and Catalonia are not comparable because Spain is an EU member does not have a foothold in international law. 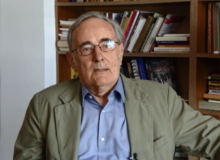 Tibor Varadi thinks the stance that Kosovo and Catalonia are not comparable because Spain is an EU member does not have a foothold in international law.

The remains of a 6,000-year-old dwelling have been uncovered in a field near Kilmarnock, Scotland, during pipeline upgrade works carried out by Scottish Water.

Bulgaria's national football team has climbed 14 places in FIFA's monthly ranking and is now 38th, according to BGNews.

The premiere of the group stage of the Champions League was a treat for all football lovers, as the teams scored 28 goals between them in the 8 opening matches. Chelsea scored 6 against Qarabag, while PSG managed 5 against Celtic in Scotland. Barcelona, Bayern and Man. United scored 3 a piece without conceding a goal at home against Juventus, Anderlecht and Basel, respectively.

Rough Guide readers voted Scotland the most stunning place on the planet, edging out Canada and New Zealand to take the top spot, The Sun reports.
The listing asks: “Who can deny that these wild beaches, deep lochs and craggy castles are some of the most wonderful and beautiful sights in the world?”

Greece's national homeless soccer squad is to set off to Norway to compete in the Homeless World Cup, taking place at the capital's iconic City Hall Square from Tuesday to September 5.

Over 500 players from more than 50 countries will be competing in the 15th edition of the international event, which promises to be among the most ambitious yet.