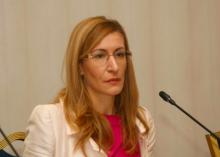 "Bulgarian tourism is becoming increasingly more competitive because of its wide variety of high-quality services.

'Trial of the year'

After an investigation that opened a Pandora's Box of revelations about high-level corruption, the trial of four people accused of the brutal killing started this month.

In December, Zoltan Andrusko, a restaurant owner from the southern town of Komarno, was sentenced to 15 years for Kuciak's murder in a separate trial.

The report, Fighting Words: Journalism Under Assault in Central and Eastern Europe, issued on Wednesday by the Reuters Institute for the Study of Journalism and the University of Oxford evaluates the situation of the media in the region by drawing on interviews with about a hundred journalists in 16 countries during 2019.

The Czech Republic, Hungary, Poland and Slovakia still refuse to take in small contingents of the million or so refugees who arrived in the EU from the Middle East and Africa, despite an EU plan to spread the load among all member states.

The Government of Hungary increased its share in the paid-in capital of International Investment Bank (IIB) contributing an amount of 10 million euro on January 15, 2020. This continues a new round of capitalisation of the Bank.

In 2017, the proportion of women aged 50-69 years who had been screened for breast cancer (using a mammography) within the previous two years differed greatly among Member States. 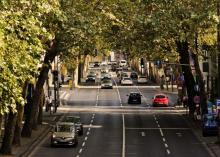