"Politicians and demagogues do not have a sober assessment of the devastating potential of war or neglect it in the name of party or self-interest. Many have not risked their lives, but are willing to risk the lives of others", said President Rumen Radev, who boarded a Spanish Eurofighter fighter jet for a demonstration flight.

"It is cynical in the most energy-poor country in the EU, with the poorest people to say 'we will find another solution, we will pay more.' Some people may pay more, but others are on the edge and cannot pay more. Those who can afford to pay more and make decisions need to think about those who can't afford it. " 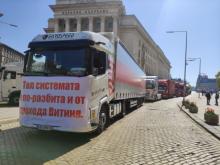 About 100 buses and 300 trucks took part in the protest of the carriers against the high fuel prices and the introduction of new tariffs for the toll system. They were positioned in front of the Council of Ministers, parliament and from BNB to Alexander Nevsky Cathedral.

Georgi Tsanov from the Control Council of the Union of International Carriers pointed out:

People in Germany, France, Spain, and Italy responded to the question

Ljubljana – Cedevita Olimpija made it to the quarter-finals of the current EuroCup Basketball season by defeating Türk Telekom of Turkey 93:80 in Ljubljana’s Stožice Arena on Tuesday in what is the greatest achievement for the club in recent years. 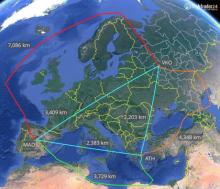 The plane, sent from Moscow to pick up expelled Russian diplomats from Greece and then from Spain, was forced to travel 15,000 km on a detour due to a ban on flights to the EU, according to the flight tracking site FlightRadar24.

The US Centers for Disease Control and Prevention (CDC) said on Monday that it had revoked its "Do Not Travel" recommendation because of COVID-19 for about 90 international destinations, including Bulgaria.