Christians across the world celebrate Easter Sunday as this year the celebrations of all Christian denominations fall on the same date.

According to reports, 100 000 faithful from across the world gathered at St. Peter's square in the Vatican to hear Pope Francis' blessing Urbi Et Orbi – To The City and The World at noon.

Two thirds of the rebel fighters in Syria are citizens of European countries, says a report of the London-based International Centre for the Study of Radicalisation.

According to the report, entitled "Greenbirds: Measuring importance and influence in Syrian Foreign Fighter Networks'", around 10% of the foreign fighters are from Eastern Europe, Bulgaria included. 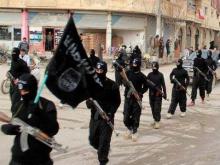 The traveling photo exhibition "I Have a Dream", dedicated to the Syrian refugee children in Bulgaria, was launched at the 18th school "William Gladstone" in Sofia on Monday. 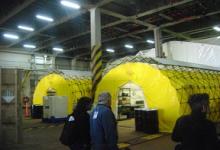 “Those who have sacrificed their lives, whether in Kosovo, Syria or in another country, for good causes, for freedom and democracy, may Allah bless them and I would like to send my deepest condolences to their families,” Ramadani told the news portal Presheva Jone.

Video-sharing platform YouTube filed on Monday a complaint with the Turkish Constitutional Court against the blocking of its services which the country reinstated over the weekend.

Access to the website has been blocked for a second consecutive day, after a ban preventing its use in Turkey was lifter on April 4 and revised on April 5, The World Bulletin has reported.


BELGRADE -- Foreign Minister Ivan Mrkić has said that a majority of EU member-states "demonstrated understanding for Serbia's stand on the issue of crisis in Ukraine."