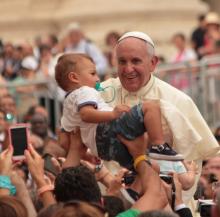 Pope Francis spoke in response to migration and President Donald Trump's border wall on Sunday, saying leaders who build walls and barriers to keep migrants out will "end up becoming prisoners of the walls they build."

Secretary of State with the Foreign Affairs Ministry (MAE) Dan Neculaescu on Monday underscored at the Foreign Affairs Council (FAC) meeting in Brussels how important it is for the EU to continue with a visible and active commitment to the benefit of the Republic of Moldova and its citizens.

Secretary of State with the Foreign Affairs Ministry (MAE) Dan Neculaescu will attend on Monday the meeting of the Foreign Affairs Council (FAC), which will take place in Brussels. According to a MAE release, the main topics included on the agenda are the Republic of Moldova, China and Yemen. 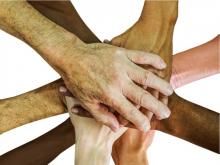 Bulgaria is one of the most intolerant countries in the EU, and the poorer one is, the more its citizens do not stand close to themselves people of different ethnicity or religion. This shows a study by the University of Nevada, which collected survey data covering a total of 450,000 people in 100 countries.

Minister of Foreign Affairs Teodor Melescanu attended the 46th session of the Council of Foreign Ministers of the Organization of Islamic Cooperation (OCI) from Abu Dhabi , where he had a series of bilateral meetings with representatives of the member countries of this body.

AGERPRES special correspondent to Sharm El Sheikh, Egypt, Florentina Peia reports: Romania's President Klaus Iohannis attended the first summit meeting between the European Union and the League of Arab States on Sunday and Monday that passed a declaration highlighting the determination to discuss and address common and current challenges across the two regions, to strengthen their co-operation

EUR 27 760 were seized by border police and customs officers at Terminal 2 at Sofia Airport.

The huge burden of the world's natural and manmade disasters are on the shoulders of the Muslim countries, yet their civil societies are not strong enough to respond, according to the head of Kızılay, the Turkish Red Crescent. A network among the national societies of the Organization of Islamic Cooperation (OIC) countries will be set up today in Istanbul to strengthen cooperation.