Members of the Serbian Army are rehearsing ahead of the celebration of Army Day and Victory Day on May 9 in Zrenjanin, northern Serbia. 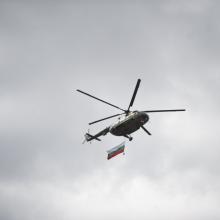 Bulgaria's Defence Ministry has warned against operating drones in the skies above Sofia and several adjacent areas next week to avoid collision with military aircraft flying low-altitude training missions in preparation for Army Day parade. 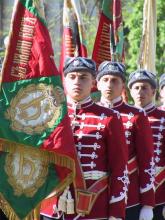 On May 6, Bulgaria celebrates the day of St. George the Victorious as well as the day of its army.

May 6 was officially pronounced as the Day of the Bulgarian Army on January 9, 1880, shortly after the establishment of the country's military with a decree of Knyaz Alexander Battenberg. 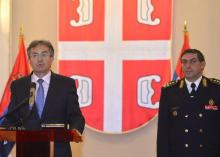 
BELGRADE -- Defense Minister Nebojša Rodić says Serbian soldiers draw from the army's great tradition to form a clear vision of how to achieve their primary mission.