On average, hotels in mainland Greece are already 80 percent booked for the Christmas period, the Hellenic Hoteliers Federation reports, with units in Athens and Thessaloniki seeing their occupancy rates rising rapidly by the day.

Greek retailers are anticipating a marginal increase in turnover over the festive season, as they expect it to climb just above last year's 3.5 billion euros. Even if that is the case, it will still be a far cry from the 5.4 billion euros in sales of Christmas 2009, as turnover has dropped some 35 percent in the last eight years. 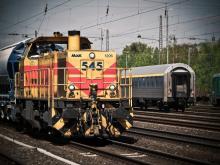 German railway Deutsche Bahn said on Saturday that it had reached a wage agreement with the EVG union following a walkout earlier this week, reported Reuters.

Details of the agreement are set to be announced at 0900 GMT, Deutsche Bahn said.

Novinite.com recalls that  German railway workers were on a nationwide strike on Monday.

According to complaints, trial period employment is one of the methods used by enterprises - mainly during busy periods such as the runup to the Christmas holidays - to avoid having to pay social security contributions and in some cases even wages.

The gunman who killed three people at a Christmas market in Strasbourg was shot dead by French police on Thursday as the Islamic State jihadist group claimed him as one of its "soldiers", reports AFP.

More than 700 French security forces had been hunting for 29-year-old Cherif Chekatt since the bloodshed on Tuesday night -- the latest in a string of jihadist attacks to rock France.

France is hunting for a suspected extremist who sprayed gunfire near the famous Christmas market in the eastern city of Strasbourg, killing three and wounding at least 11.

Christmas and New Year holidays will be warmer than normal and with no snow. This is predicted by the climatologist Prof. Georgi Rachev. The only chance to spend holidays in a snow-covered setting will be on the high mountains, he said.

Bulgarian households will spend up to 25% of their monthly incomes for Christmas-New Year's gifts, according to the FERATUM Group 2018 Christmas Barometer, conducted in 19 countries. It places Bulgaria at fourth place on planned expenses for the upcoming holidays.

As season's greetings are just around the corner, some housewives in Turkey's southern province of Antalya are busy making a large number of wreaths for Christmas and New Year celebrations. 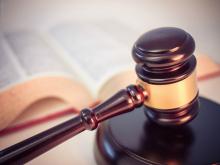 County court in the Croatian coastal city Split issued one-year prison sentence for two Croats who beat a Serb on Orthodox Christmas in 1998.