The thrill of the Christmas celebration has already grasped locals in Turkey's western Burdur province but in a different way. Some 300 women have started working hard to prepare at least 650,000 Christmas wreaths which will be exported to countries such as Britain, Germany, Belgium, Spain, the Netherlands and probably the United States until December.

Chairman of the Hungarian Democratic Union of Romania (UDMR) Kelemen Hunor argues that it is in the interest of the Hungarian community to be strongly represented in the European Parliament (EP) and mentions that his political formation benefited, in the electoral campaign for the elections to the European Parliament, from the support of Hungary's Prime Minister Viktor Orban, as well as that of 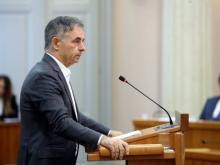 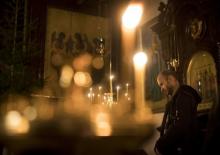 Tanjug learned this from the Church Council of the St. Sava Parish.

Christmas trees will be recycled after the holiday season as part of a pilot program that will begin in Thessaloniki in northern Greece.

The aim of the initiative by the Environment Ministry and the Solid Waste Management Agency (FODSA) is for other regions across the country to implement the program, whose main slogan is "no Christmas trees at the landfill."

A number of foreign tourists, particularly from Europe, are flocking to Istanbul for the Christmas holiday this year, according to a Turkish hoteliers' association.

More than 139,000 Romanian tourists spent approximately 18 million euros in nationwide destinations during the Christmas holiday, according to an analysis of the Federation of Romanian Tourism Employers (FPTR).

The Greek stock market will resume trading on Thursday after a five-day Christmas recess, with its benchmark coming from six consecutive days of decline to start from 608.58 points.

Thursday's will be the first of the three remaining sessions till the end of the year.

The Embassy of Russia in Bulgaria published on its official Facebook page a comment from the site "Classa.bg", in which Bulgarians are called "imbeciles" and "morons". The commentary is in relation to a protest against the Christmas tree decorated in red in the center of Sofia, which is a gift from Moscow.