BELGRADE -- The Serbian government is still weighing whether to accept an invitation from Moscow for Serbian soldiers "to march on Red Square," writes a Belgrade daily.

This concerns the upcoming Victory Day parade on May 9, Vecernje Novosti is reporting. 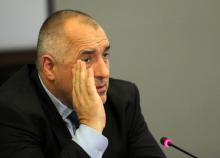 Bulgarian Prime Minister Boyko Borisov has not received an invitation to participate in the celebrations in Moscow, which will commemorate the 70thanniversary of Victory Day on May 9.

It is expected that Heads of State or Government and ministers from all over the world will gather in Moscow to witness the military parade of the Russian army, daily Trud reports.

PRAGUE -- Milos Zeman will attend Victory Day celebrations in Moscow in order to express "his gratitude for the fact Czechs are not forced to speak German today."

Russia will on May 9 organize a military parade to mark 70 years since World War II victory.

President responds to MEP: I did not ask for advice

BELGRADE -- Tomislav Nikolic on Friday reacted to a suggestion voiced by a European Parliament (EP) official that he should not attend Victory Day parade in Moscow.

Eduard Kukan said that Nikolic should travel to Moscow, but only to visit a monument for WW2 soldiers, and snub the parade.

BELGRADE -- European Parliament (EP) official Eduard Kukan has said that Serbian President Tomislav Nikolic "should not attend the military parade in Moscow on May 9."

Kukan heads a delegation of the EP visiting Serbia this week, and spoke for the Belgrade-daily Blic. 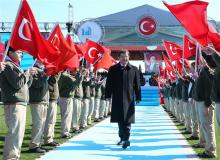 Turkish Prime Minister Ahmet Davuto?lu has emphasized the significance of national unity and brotherhood on Anatolian soil as the key to the Ottomans' Gallipoli victory of 1915.

"This blessed war recalls the importance of national unity and solidarity to the minds of our nation," he said March 18 in the northwestern province of Çanakkale. 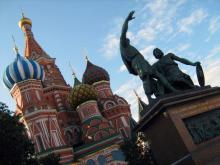 Nikolic and Dodik to attend Victory Day parade in Moscow

MOSCOW -- Serbian President Tomislav Nikolic will attend the Victory Day parade in Moscow this spring, the Serbian ambassador to the Russian Federation has confirmed.

Russia will on May 9 mark the 70th anniversary of victory over fascism - marking the day in 1945 when Germany capitulated in the Second World War.