Petrit Halilaj knows something about how art can help pull children out of the horror of war but also the dangers of them being used as a propaganda tool.

Albanian Prime Minister Edi Rama has said he does not expect next week's EU summit to pave the way for his country to start EU membership talks, blaming Bulgaria, Politico reported today.

"You have to understand that Serbia is in a very different position compared to many others, because of its history, because of its special ties with Russia," Rama said.
He stated that he believes that Serbia should impose sanctions in time, but warned that Belgrade, which is largely dependent on Moscow for energy supplies, should not be pressured to do too much too soon.

Prime Minister Kiril Petkov has proposed that parliament resolve all issues on the topic with the Republic of North Macedonia, including whether or not to lift the veto for Skopje's talks with the European Union. This is one of the points that the Prime Minister proposed for a vote at the beginning of today's government session.

Music fans who have booked accommodation in Kosovo's capital Pristina to attend the Sunny Hill festival will have to change their plans, as Albania's capital, Tirana, has surprisingly become the last-minute location for the event.

President Aleksandar Vucic laid a wreath at the Monument to the Heroes of Kosare to mark the anniversary of the end of the battle.
After laying the wreath, Vui talked to the veterans of the Battle of Koare, who also laid the wreath at the monument, and thanked them for everything they did for the fatherland.

We noticed that, although many on our political and public scene did not want to notice it. But, "the full normalization of relations" is still in the official negotiation process, and there is no talk of mutual recognition", said the President of Serbia, after laying a wreath at the monument to the heroes from Kosare. 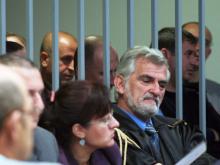 German Chancellor Olaf Scholz said in Sofia that he strongly supports an agreement to start EU accession talks between the Republic of North Macedonia and Albania.

Thessaloniki – Foreign Minister Tanja Fajon attended a ministerial of the South-East European Cooperation Process (SEECP) in Thessaloniki on Friday, and held a number of bilateral meeting on the sidelines of the Greece event. In the debate, Fajon noted the importance of a credible EU enlargement policy for the reform efforts of the Western Balkans.

Albin Kurti expressed disdain on Thursday about an energy deal suggested by Serbia's Aleksandar Vucic in which lignite coal from Kosovo could be exchanged for electricity.

"This is an attempt by the authoritarian president of Serbia to move from the failed project of a territorial exchange to this one of a coal exchange," Kurti told media.

From Kyiv, they say that they lost too many people to cede their territory, so a standstill on the battlefield is not an option.
Ukrainian soldiers fighting in Donbas are not satisfied with the orders of the military leadership.

The summit is attended by Serbian President Aleksandar Vucic, prime ministers of North Macedonia and Albania, Dimitar Kovacevski and Edi Rama, as well as officials from Montenegro and Bosnia-Herzegovina.
President Vucic said that he had meetings with representatives of countries that are not yet official members of the Open Balkans.