Montenegro’s annual national report on the weapons trade said the country exported arms worth around 6.5 million euros over the last year, a 30-per-cent increase in value in comparison to previous years.

Prime Minister Antonis Samaras and Italian Premier Matteo Renzi laid the groundwork for closer cooperation between the two countries when they met in Florence on Friday for unofficial talks that focused on the issue of illegal immigration.


BELGRADE: Germany’s Internal Affairs Minister Thomas de Maiziere spoke to Blic about the ways of helping Serbia on its way to the EU and solving the problem of asylum seekers.

Merkel stressed that the countries of South-eastern Europe, SEE, have an ally in Germany as they continue on their path to membership of the European Union.

The Chancellor, widely seen as Europe’s most powerful leader, was attending the Brdo-Brijuni summit, which gathers political leaders from all the states of former Yugoslavia plus Albania.

Albania's Minister for the Economy, Arben Ahmetaj, told a parliamentary commission on Tuesday that the country could no longer afford to pay for new motorways on its own and would turn to the private sector for investment.

"Because of the financial situation that we have inherited we have found it impossible to provide this service,” he told parliament on Tuesday.

DUBROVNIK - Serbian President Tomislav Nikolic is taking part in an annual meeting of the heads of state of South-East Europe (SEE), which welcomes German Chancellor Angela Merkel as a guest, in Dubrovnik on Tuesday.

AGERPRES and Thomson Reuters Foundation, in the period July 14 - 17, continue the series of courses organised with the Social Media and Digital Journalism module, in Thessaloniki, Greece.

The leaders of Albania, Bosnia, Croatia, Kosovo, Macedonia Montenegro, Serbia and Slovenia are attending the two-day Summit 100 in Cavtat from Monday along with many of the most prominent CEOs, entrepreneurs and economists from south-eastern Europe.

DUBROVNIK - Serbian President Tomislav Nikolic will attend a meeting of business leaders of southeastern Europe entitled Summit 100 in Cavtat on Monday and a meeting of regional leaders, participants of the Brdo-Brioni process in Dubrovnik on Tuesday.

According to the documents published by the Democratic Party, Ndoka was convicted in the Italian capital Rome and sentenced to seven years in prison, then sent back to Albania in May 2002 to serve his sentence closer to home. 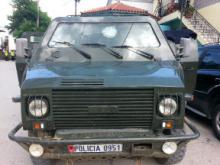 BELGRADE - U.S. Assistant Secretary of State for European and Eurasian Affairs Victoria Nuland will visit Serbia on Sunday, and the main topics of her talks with Serbia's officials will be the Belgrade-Pristina dialogue and the implementation of the Brussels accord.