A report published by the Council of Europe's Committee for Prevention of Torture on Tuesday after a three-day visit to Albania said that there is an urgent need to establish a specialised forensic psychiatric facility in the country to accommodate and treat male and female forensic psychiatric patients.

"I will come to Sofia as often as necessary in order to reach a decision (lifting the Bulgarian veto on North Macedonia's membership in the EU) by the end of June, we have no time, the war has shown us how important the European integration is."

A 28-year-old woman who was injured when a rock fell on her house in the town of Stolac, near Mostar, died in hospital, a medical source quoted by media said. Several others were lightly injured, including members of the victim's family.

Bode has been on the run since Italian police cracked a cannabis smuggling ring dubbed 'the Habilaj Brothers.' 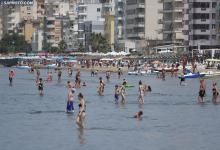 Ukrainians made up a significant proportion of the holidaymakers visiting Albania before the pandemic - and with war keeping them at home, tourism businesses are worried.

"Bulgaria to clear the problematic issues related to Skopje, so that North Macedonia and Albania can start membership negotiations in the first half of the year."

This was called for by German Foreign Minister Annalena Baerbock after the meeting of European Union foreign ministers last night in Luxembourg.

Olaf Scholz called for accelerating the accession of the Western Balkans to the European Union, which has been blocked for years, mentioning a "new era" in light of Russia's invasion of Ukraine.
At a joint press conference with Albanian Prime Minister Edi Rama, German Chancellor Olaf Scholz promised to help advance the issue.

A lack of capacity in social welfare centres means that many children - mainly from Kosovo's Roma, Ashkali, and Egyptian communities - are left to fend for themselves, forced into work from an early age despite the dangers. Despite the odd police operation against human traffickers or abusive parents, Kosovo's state institutions largely turn a blind eye. 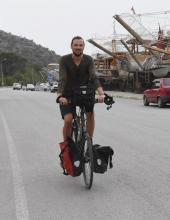 A German engineer who has pedaled to 11 countries in Europe in the last two years has arrived in the southern province of Antalya after entering Turkey via the Greek border in December 2021.

The United States sanctioned seven people in politics, media and justice in the Balkans on Monday, calling them a "serious threat to regional stability" and the cause of democracy.

Bojan Zekovic of the Centre for the Study and Protection of Birds, CRZP, said that 15 pelicans at the lake had died since the first case of avian flu was registered in Montenegro in April 6.

Kosovo and Albania authorities said they detained more than 50 police officers from both countries at the Vermice border crossing point as part of a police probe into bribery and corruption.