BELGRADE -- The Serbian government and that of the Serb entity in Bosnia, the Serb Republic (RS), will hold a joint session in Belgrade on September 20.

BELGRADE - Serbian First Deputy Prime Minister and Minister of Foreign Affairs Ivica Dacic conferred with Republika Srpska (RS) Minister of Labour and Veteran Affairs Petar Djokic on Wednesday, and during the meeting, they discussed the preparations for the forthcoming joint session of the two governments due to take place in Belgrade on September 20. 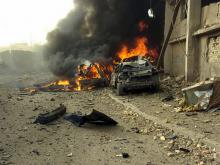 Bosnia, Kosovo and Albania are the main recruiting grounds in the Balkans for radical Islamists seeking fighters for the wars in Syria and Iraq. In terms of numbers, they come just behind Jordan, Saudi Arabia and Tunisia, Radio Free Europe, RFE, reported on Tuesday.

BELGRADE - There is no danger of floods on major rivers, with the Danube, the Sava and the Morava rivers currently at medium or medium-to-high levels for this time of year, the director of the Srbijavode water management company Goran Puzovic said on Wednesday. 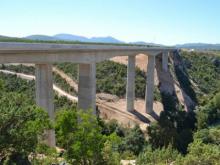 Religious institutions are trying to distance themselves from politics during the campaign for next month's general elections in Bosnia and Herzegovina - but faith still plays a role in determining voting patterns, analysts told Balkan Insight.

BELGRADE - Serbian President Tomislav Nikolic said on Monday that Gavrilo Princip had acted in defence of his country when he assassinated Archduke Franz Ferdinand, a form of counterattack against the symbol of the monarchy that had taken away his country's freedom.

BELGRADE - Serbian President Tomislav Nikolic and Bosnia and Herzegovina Presidency member Nebojsa Radmanovic on Monday said that they are satisfied with the very good relations between Serbia and Bosnia and Herzegovina - in particular between Serbia and Republika Srpska, pursuant to the Agreement on Special Relations - and expressed the wish that those relations be enhanced further to improve

MOSCOW -- RS President Milorad Dodik has said that Russia "proved to be useful and impartial politically" when it comes to the Serb entity in Bosnia-Herzegovina. 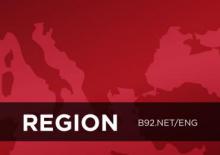 According to this, they are hoping that if Scots vote to break away from Britain "it would set a precedent that could boost their own chances of proclaiming a separate state."

New police operations in the Balkans against Islamic extremists

BELGRADE - Republika Srpska (RS) President Milorad Dodik denied on Friday the claims that he had intended to use Russian support during the annexation of Crimea to secede RS from Bosnia-Herzegovina, and that Serbia's Prime Minister Aleksandar Vucic had stopped him.

Alex Rondos, a former adviser to one-term socialist prime minister George Papandreou, was released on a 50,000-euro bail payment on Friday after testifying before an investigating magistrate in connection with allegations of misuse of millions of euros in public funds by a non-government organization called the International Mine Initiative (IMI).

Milorad Dodik, President of Republika Srpska, has denied claims that he planned to declare the independence from Bosnia of the mainly Serbian entity with Russian support - just after Russia annexed the Crimea from Ukraine.

Members of the People's Party Work for Progress in Bosnia have criticised the detention earlier this week of their party's two leaders, saying they suspect political influences were at work.