This is how the former chief prosecutor of the International Criminal Tribunal for the Former Yugoslavia, Carla Del Ponte, described the fugitive she hunted for more than a decade in order to bring him for trial for the first genocide on European soil since the defeat of Nazi Germany. 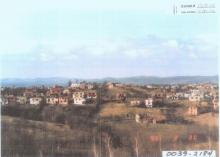 The Humanitarian Law Centre said on Monday that it has filed a criminal complaint to the Serbian war crimes prosecution against Vladimir Arsic and Radmilo Zeljaja, senior officers of the Bosnian Serb Army's 43rd Motorised Brigade during wartime.

Inside an abandoned house, onions sizzle as mother-of-four Seror struggles to cook an Iraqi specialty over an open fire, trying to maintain an illusion of home for her loved ones.

The Alhayani family are among hundreds of people from the Middle East, Africa and Asia sheltering in derelict houses in Serbian villages close to the Hungary and Romania borders. 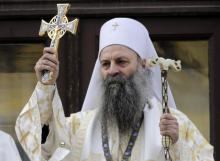 According to the statement, the topic of conversation was the Basic Agreement between the Serbian Orthodox Church and the Government of Montenegro. The meeting was also attended by Metropolitan Chrysostom of Dabar-Bosnia, Bishop Jovan of umadija and Bishop Joanikije of the eparchy of Budimlja-Niki.

Christian Schmidt of Germany will take over from Valentin Inzko as head of the international community's Office of High representative, OHR, to Bosnia from August 1, the Steering Board of the Peace Implementation Council, PIC, which groups countries overseeing the peace in Bosnia, confimed on Thursday. 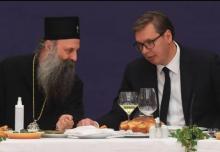 He pointed out to the numerous dangers and important meetings regarding Kosovo and Metohija. 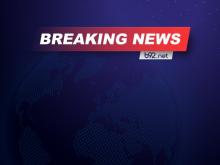 According to the media, the plane that was flying from Santorini to Brussels landed at the "Nikola Tesla" airport due to a malfunction and fuel leak.
As can be seen on the Flight-radar website, the problem on the plane appeared while flying over Tuzla, so it immediately made a turn and headed towards the nearest airport, which was Belgrade.

State Investigation and Protection Agency officers arrested a man on Thursday on suspicion that he failed to punish subordinate Bosnian Serb Army soldiers for killing several Bosniak civilians in the village of Turjak near the northern city of Gradiska on June 23, 1992.

Rather than being a work-horse for the people of Zagreb, Bandic is "a Trojan horse working against the citizens," Tomasevic told some 4,000 protesters at the site.

Ratko Mladic's defence asked the Mechanism for International Criminal Tribunals in The Hague on Tuesday to postpone the final verdict in the former Bosnian Serb Army commander's trial because lead counsel Branko Lukic cannot be present in court due to illness.

People gathered in the Serbian capital Belgrade and the Croatian village of Kumrovec to mark the Socialist-era 'Youth Day', when showpiece events used to be held all across the former Yugoslavia and its leader Josip Broz Tito's birthday was also celebrated.

President Recep Tayyip Erdoğan on May 25 warned that Islamophobia was fueled by public authorities and spreading, especially in the Western countries.

"Although westerners want to soften racism against Muslims [calling it] as Islamophobia, we know that it is enmity against Islam," Erdoğan said, speaking at the first International Media and Islamophobia Symposium.

On May 25 and 27, 1992, the Bosniaks and Serbs were illegally detained and brought to the police headquarters in Herceg Novi, near the border with Bosnia and Herzegovina, from where they were deported on buses to Bosnian Serb-controlled territory.

Twenty-six years ago, a shell fired from positions held by the Bosnian Serb Army hit the Kapija area of Tuzla in central Bosnia and Herzegovina, killing 71 people and injuring over 200 more.

Most of the casualties on May 25, 1995 were young people; the youngest was a two-and-a-half-year-old boy called Sandro Kalesic.