Danish police said on Twitter that a 17-year-old Bulgarian citizen had died in a shootout in a Copenhagen district.

According to police, the boy was accidentally killed in a showdown between Kurdish gangs.

His family in Bulgaria was informed about the tragic incident. 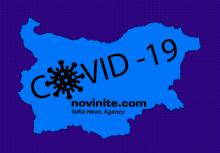 702 454 are the total confirmed cases of coronavirus in Bulgaria. This is shown by data from the National Information System. The new cases for the past day are 985.

As of today, December 4, 2021, upon arrival on the territory of the Swiss Confederation, citizens must submit a PCR test done before 72 hours before entering the country, the Ministry of Foreign Affairs announced.

There is still no registered case of Omicron in Bulgaria, the director of the National Center for Infectious and Parasitic Diseases, Prof. Iva Hristova, told Nova TV.

Hundreds of mourners gathered at a rural cemetery in Morani in North Macedonia in the cold rain on Friday to bury 10 locals, including eight students who were among the 45 killed in a bus crash in Bulgaria, Reuters reported

Today before noon in some places in Western Bulgaria it will still rain, in the mountainous areas - from snow, but it will stop and in the afternoon the clouds will break and decrease. This was announced for FOCUS News Agency by the weather forecaster on duty at the National Institute of Meteorology and Hydrology (NIMH) Boryana Markova.

701 469 are the total confirmed cases of coronavirus in Bulgaria. This is shown by data from the National Information System. The new cases for the past 24 hours are 2,289. 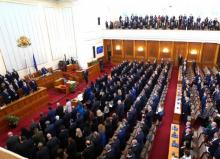 The first sitting of the 47th National Assembly was opened with a solemn ceremony at 9.00 today. The expectations for the third Bulgarian parliament for this year are high.

On December 14, 2021 in Sofia Tech Park, Powers Summit will be the first face-to-face meeting between the new government, business leaders, and the civil sector for constructive and operational dialogue with the new government.

Urgent measures are needed to reduce the Prosecutor General's influence on the next Supreme Judicial Council (SJC) in Bulgaria. This is stated in the assessment of the Committee of Ministers of the Council of Europe on our implementation of the decisions of the European Court of Human Rights (ECHR).

Soldiers carry a coffin with the remains of a victim from the bus accident near the village of Bosnek in Bulgaria at Skopje's International airport on December 3, 2021. Photo: EPA-EFE/Georgi Licovski.

The head of state Rumen Radev began consultations with the political forces on the formation of a regular cabinet. This will happen on December 6. The first term will be given to "We Continue the Change". The formation has 7 days to fulfill or return the mandate.

The lawyer Nikola Minchev is the new chairman of the National Assembly. He was the leader of the "We Continue the Change" list in Pernik.

We all need to realize that it is good to pave the way for something new. Besides, it is good to remember sometimes that one can take a step aside. For example, I declare that I will not be a minister.

This was stated by the leader of "Democratic Bulgaria" Hristo Ivanov from the rostrum of the parliament during the opening of the 47th National Assembly.