All News on Sports in Bulgaria

Striker Kiril Despodov was released from the national team of Bulgaria before visiting Cyprus (November 16th) and hosting Slovenia (November 19th). The player of CSKA Sofia has an injury that will prevent him from participating in the upcoming two games of the League of Nations tournament, reports Sportal.bg

Milan Pavkov found the back of the net in the 22nd minute after a corner kick, and with a spectacular long-distance effort in the 29th.

On November 28 Red Star Belgrade will play against Napoli away, and then on December 12 against PSG at home. 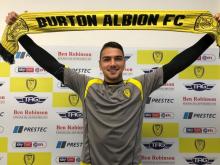 Burton Albion goalkeeper Dimitar Evtimov could be set for his senior international debut after being called into Bulgaria's squad for their upcoming Nations League fixtures.

Bulgaria are away to Cyprus on November 16 and then host Slovenia three days later, with Evtimov part of the senior squad for the first time.

Bulgaria's best tennis player Grigor Dimitrov dropped out from the top 10 of the world ATP rankings for the first time in 16 months. Dimitrov was among the world's best 10 tennis players since July 16, 2016.

Speaking to reporters after the four nations' summit in Varna, Bulgaria, the Serbian president said this was an idea of Greek PM Alexis Tsipras and that an agreement on a joint bid had been reached at a meeting with the PMs of Bulgaria and Romania, Boyko Borisov and Viorica Dancila.

Bulgaria will participate in a joint bid, together with Romania, Greece and Serbia, to host the World Cup in 2030. This was announced by Prime Minister Boyko Borisov at the press conference after the four-party meeting in Evksinograd.

Greece, Bulgaria, Serbia and Romania are planning to team up to make a bid for jointly hosting the World Cup in 2030, the heads of the four states decided on the sidelines of a summit in the Bulgarian seaside resort of Varna on Friday.

A1 has launched its third proprietary sports channel in Bulgaria.

Known as Max Sport 3, it made its debut on October 23 offering viewers coverage of the UEFA Champions League.

Aside from the Champions League, its schedule will include Italy's Serie A, selected tennis tournaments, golf, beach football, speedway, motoring championships and other sports.

Vesela Bratoeva has been announced as the first-ever female coach of a men's team in the Bulgarian Volleyball Super League. The 39-year old has taken over the top post of Deya Sport Burgas, replacing Hristo Raichev, who left the club on short notice just a few days before the start of the season, reports VolleyMob.

What you may find interesting if you play poker in Bulgaria, is that some of the top players in that part of the world that have won huge fortunes in poker tournaments across the globe also playing at online poker sites, as well as in land based poker rooms.

Ludogorets managing board decided to accept the request of senior coach Paulo Autouri to terminate his contract with the club by mutual agreement. The Brazilian specialist's motives are personal. Under the agreement, Paulo Autouri will lead the team in the match against Levski on October 20, after which he will leave Bulgaria.

Lausanne, Switzerland, October 4, 2018 - The last four participants in the second round of the FIVB Volleyball Women's World Championship in Japan became known on Thursday, as Bulgaria, the Dominican Republic, Puerto Rico and Mexico finished among the top four in their respective pool standings to stay alive in the competition.  In the most anticipated match of the day, where B 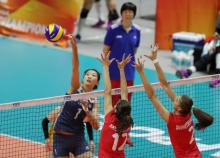 Petkov, who was born in March 1976, last appeared for the Balkan country in a friendly international against Switzerland in February 2009 and has been selected several times since.