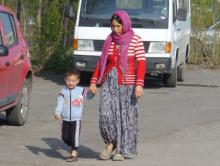 The annual US Department of State report on terrorism, released on Wednesday, notes that there are concerns that this flow of people could allow some foreign fighters to transit in and out of Bulgaria.

Russian Parliament Speaker Sergei Narishkin did not intend to visit Bulgaria in May, the Deputy Head of the State Duma's administration said on Wednesday.

Yury Shuvalov told Echo Moskvy radio that an official meeting of Narishkin with officials in Bulgaria had first been planned for the beginning of May, but was moved to a later date.

Bulgaria's Interior Minister Tsvetlin Yovchev said he was concerned with the Rozovo events, but was not yet sure if they are a crime.

The company managing Bansko's ski resort committed construction violations when building its infrastructure, but no sanctions are to follow due to expired prescription.

Conclusions quoted above were part of the answers that Bulgaria's Ministry of Environment and Waters gave to an inquiry by environmental groups made in March, Dnevnik.bg has reported. 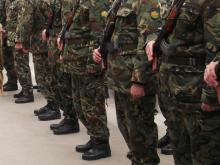 Bulgarian government has authorized the deployment of eight officers in a NATO operation for enhancing air defense of Turkey, the cabinet's press office announced, Wednesday.

The planned participation is on a rotation basis. It will be implemented in the period June 2014 - January 2015. Bulgarian troops will be part of NATO's 2nd communications battalion. 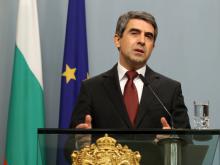 Bulgaria is feeling threatened by the tensions in Ukraine, said Bulgaria's President Rosen Plevneliev in an interview for the French daily L'Express.

“We are witnessing new policies – more aggressive, more nationalistic in the countries, which in the post-communist era were called “the near abroad”,” Plevneliev said. 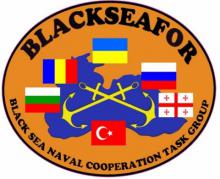 Ukraine is expected to propose that Russia be excluded from the Black Sea Naval Force (BLACKSEAFOR) at a high-level sitting of experts to be held in Bulgaria.

The step was announced by a source familiar with military and diplomatic affairs in Moscow, according to reports of ITAR-TASS and the Bulgarian Telegraph Agency (BTA). 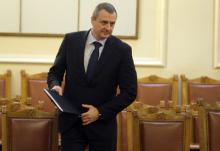 A counter-terrorism center will be opened as a unit of Bulgaria's State Agency for National Security (DANS) very soon, according to Interior Minister Tsvetlin Yovchev.

Speaking Wednesday during a government sitting in Burgas, Yovchev explained that a Bulgarian team was to go the US in May for training and exchange of experience in the sphere.

In February 2014, a monthly decrease of 22.2% is recorded for the production of solid fuels, the latest data on production and deliveries of energy products showed.

The city of Varna, also known as Bulgaria's sea capital, is for the second time host to the SCF Black Sea Tall Ships Regatta, a renowned maritime contest which started April 30. 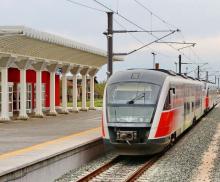 The Bulgarian State Railways (BDZ) will put out 170 additional carriages on 139 trains for the upcoming six-day holidays. 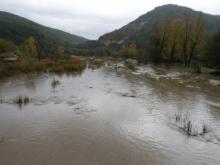 Bulgaria's government has allocated BGN 26,732,642 from the state budget for unforeseen and urgent expenses for the prevention, control and overcoming the impacts of disasters.

Bulgaria and Macedonia will hold for the first time a joint event to mark the annual celebrations of the Slavic Script and Culture.

On May 11, Archbishop Stefan, head of the Macedonian Orthodox Church, and the chair of Macedonia's Academy of Science Vlado Kambovski are due to arrive in Sofia, CROSS agency has reported.