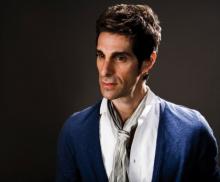 The famous US photographer Ben Ritter will show 40 of his works in Sofia.

Ritter has worked for New York Times, MTV, New Yorker, Vice, Vogue, Rolling Stone and Playboy, among others, and has taken shots of many famous personalities. He has also worked for world brands such as Nike, Este Lauder, Garnier, Guitar Hero, Budweiser, etc. 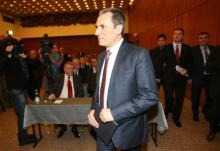 Veto is not an instrument in the dialogue between leaders of the European Council, Bulgaria's Prime Minister said.

Plamen Oresharski made this comment on Tuesday, shedding some light on his future stance toward the prospect of introducing European-level measures against Russia, the website Dnevnik.bg has reported. 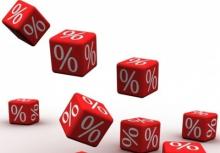 Bulgaria ranks 47th among 160 countries in the World Bank's Logistics Performance report for 2014, compared to a better 36th position in 2012.

According to Papazov, the shipping lines will be successful, because carters may face difficulties passing through Ukraine on their way to Russia, Darik news reports. 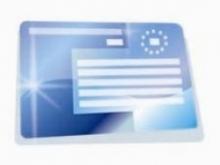 Bulgarian citizens will be able to use the European Health Insurance Card on the territory of Serbia as of June 1, 2014.

The electricity distributing company EVN has hired an international lawyer and plans to sue Bulgaria for EUR 1 B if its business is nationalized.

According to reports in the Austrian daily Kurier, quoted by Bulgaria's daily 24 Chasa, the company has paid EUR 270 M for its license and has invested more than EUR 600 M.

After a meeting of the country's Council for National Security, President Rosen Plevenliev said Bulgaria would act as a member of the EU and NATO, and support Ukraine's territorial integrity. 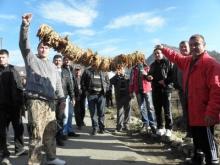 Bulgarian tobacco growers have blocked the main road near Svilengrad in protest against the low prices and the delayed purchase campaign. 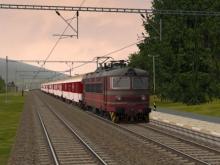 Freight trains will start running across the bridge in May, Ginev told Bulgaria's Trud Daily. He explained that the new regular train schedule will come into effect in December.

Emirates Apart Residence is the most exclusive and only aparthotel in Bulgaria.

It combines incomparable architectural style, luxury and vision, which one cannot find in any other 5-star hotel in Bulgaria. Its design and style are inspired by Abu Dhabi’s architecture.

He was found by the residents of a building on the “Bulgaria” boulevard who called the police. 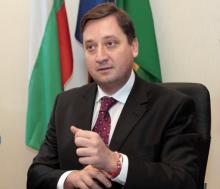 Illiteracy in Bulgaria creates serious problems in communication between employers and those seeking employment.