All News on Politics in Croatia

PODGORICA -- Montenegrin PM Milo Đukanović sent a telegram expressing condolences to his Serbian counterpart Aleksandar Vučić for the victims of floods in Serbia.

At least 80 prematurely born babies in Serbia last year could have been saved from death.

BELGRADE -- The marking of Day of Victory over Nazism in World War II started late on Thursday with a ceremonial artillery salute fired from the Belgrade Fortress.

Sxity-two percent of the EU voters are “not at all” or “not much” interested in the European Parliament elections in May, shows a survey of Ipsos-MORI.

It was conducted in April. A total of 8 833 people were polled in Belgium, Britain, Croatia, France, Germany, Hungary, Ireland, Italy, the Netherlands, Poland, Spain and Sweden. 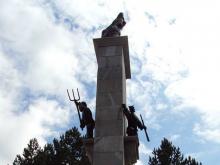 The remains of civilian victims were exhumed near the village of Srb in Croatia, where there was an uprising against the wartime fascist authorities in 1941.

A year after local elections in Croatia, Zagreb Mayor Milan Bandic on Wednesday filed a civil suit against Zoran Milanovic, the Croatian Prime Minister and leader of the Social Democratic Party. 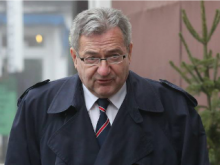 Zdravko Mustac, wanted for his alleged involvement in a political assassination carried out by the Yugoslav secret services in 1983, has been sent to Germany to stand trial.

BELGRADE - President of the Coalition of Refugee Associations Miodrag Linta asked the Serbian Ministry of Culture on Thursday to deny Croatia's proposal to return Serbian Orthodox Church property and cultural artifacts of the Serb refugees to Croatia, to a place designated by the Croatian Ministry of Culture. 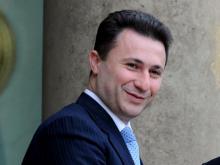 The recording released amid a tense election campaign in Macedonia comes a day after opposition Social Democrats accused Prime Minister Nikola Gruevski of taking a bribe of €1.5 million for expediting the sale of Makedonska Banka AD to Serbian businessman Jovica Stefanovic, aka “Gazda Nini” ["Boss Nini"] in 2004. 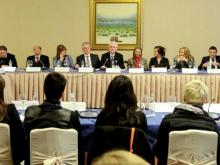 In an interview with SETimes, Croatia's president says the upcoming European Parliament elections are important for Croatia and the Western Balkans.

The Croatian authorities have launched new draft legislation aimed at providing financial and psychological help for people who were raped or sexually abused during the 1991-95 war. 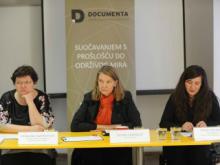 No new war crimes indictments were raised against Croatian troops last year and discussions about dealing with the past have “deeply polarised” society, a Zagreb-based NGO warned.

BELGRADE - The plan of bilateral military cooperation between the Serbian Ministry of Defence and the Croatian Defence Ministry for the year of 2014 was signed in Belgrade on Friday.