All News on Social Issues in Croatia

Ahead of Saturday's planned protest in Croatia against domestic violence, the organizer of the 'Save Me' campaign says it is time to turn warm words and robist-sounding laws into action.

Women in Serbia, Kosovo, Montenegro and Romania held protest rallies on International Women's Day on March 8, to draw attention to the plight of women in their countries, where traditional patriarchal values remain prevalent.

Money fines of up to EUR 4,000 euros are envisaged for those breaking the law - up to EUR 10,000 for repeat offenders.

The Austrian Ministry of the Interior made an updated list of forbidden Islamist and nationalist symbols.

According to EU's statistical agency's analysis covering 2017, pensioners at risk of poverty in the European Union was estimated to be 14.2 percent, slightly above the figure of 13.8 percent in 2016. The rate has been rising gradually since 2013, when it was 12.6 percent, the organization has announced. 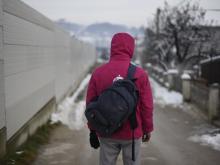 Undeterred by the freezing weather, migrants and refugees are still attempting to cross over from Bosnia and Herzegovina to EU-member Croatia. 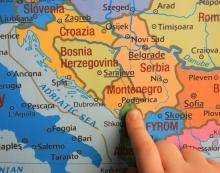 The initiative by these two opposition politicians in Montenegro is addressed at Serbian President Aleksandar Vucic, and the chairman of the Presidency of Bosnia-Herzegovina Milorad Dodik. 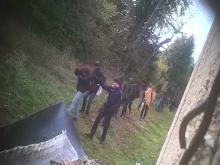 It said it received an anonymous message on 20 November, containing the video footage from the area.

The prime minister said this on Wednesday during a visit to the "Euroin" factory in Kula, northern Serbia.

Brnabic pointed out that it is necessary to have a competition between the investor and a larger choice of jobs, expressing the expectation that the opening of the German investor will create new jobs in Kula, noting that new 300 jobs and new investments are coming. 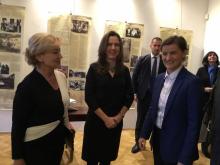 These naive artists hail from Kovacica, in northern Serbia.

Brnabic "expressed her gratitude to all individuals who contributed to the exhibition, announcing she would advocate the creativity of Kovacica to be included on UNESCO's Cultural Heritage List next year," the Serbian government said on its website. 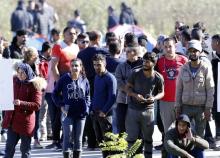 A Human Rights Watch report published on Tuesday alleged that Croatian border police have been threatening, beating, insulting and extorting money and valuables from migrants and refugees, and pushing them back into Bosnia and Herzegovina.

Croatia has denied the allegations against the police, according to the report.

He added that this agreement would undermine Bulgarian national interests.

"The position of the Bulgarian government is not to join UN's global pact on migration," the deputy head of the GERB said after a meeting of coalition heads, Reuters reports. The agency says the juior coalition partner of GERB, the United Patrioty, strongly opposes the UN pact. 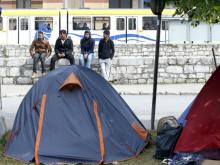 More than 700 organisations, individuals, journalists and public figures in Croatia have signed an open letter on Thursday, criticising the media's "one-sided, simplified and ultimately dishonest and unfair reporting" about migrants and refugees.

Ivana Peric, editor of the H-alter website, one of the signatories, told BIRN that the media were overwhelmed by fake news about refugees. 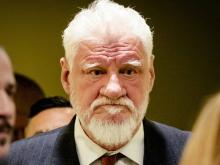 A Dutch investigation into former Bosnian Croat military official Slobodan Praljak’s suicide at the UN war crimes tribunal in 2017 failed to establish how he obtained the poison that he took in the courtroom. 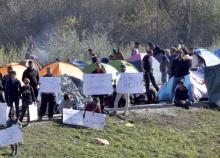 The increasing number of migrants and refugees entering Bosnia and Herzegovina in 2018 has raised concerns about security, especially in towns near the border with EU member state Croatia, but official data shows that they have not committed large numbers of criminal offences. 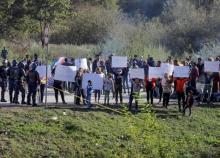 Johannes Peterlik, the EU's Secretary-General for Foreign Affairs, told media in Sarajevo on Thursday that migrants and refugees currently in Bosnia must be told that they are trying to take the wrong path to the EU.