Switzerland is to ban imports of live pigs and pork from several EU countries, including Bulgaria, in a bid to stop an African swine fever outbreak from reaching the country.

Imports from Bulgaria and Romania and some parts of Latvia and Croatia will be banned as of Wednesday, Swiss food safety authorities said on Tuesday.

BELGRADE - MP Vyacheslav Tetyokin of the Russian State Duma called for release of leader of the Serbian Radical Party (SRS) Vojislav Seselj from his detention unit in The Hague, SRS released.

According to the release, at the initiative launched by communist MPs, Tetyokin sent a letter of encouragement to Seselj as one of the most famous political prisoners in Europe.

BELGRADE - Zagreb will not hinder Serbia along the path toward the EU, Croatian President Ivo Josipovic has said before a meeting of South-East Europe (SEE) leaders in Dubrovnik on July 15. 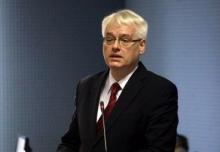 BELGRADE -- Croatian President Ivo Josipović said that his country would not put obstacles on Serbia's path towards membership in the European Union.

BELGRADE – Serbia’s First Deputy Prime Minister and Minister of Foreign Affairs Ivica Dacic met with UN Resident Coordinator in Serbia Irena Vojackova-Sollorano to discuss a donors' conference that will be held in Brussels in mid-July, the Serbian Foreign Ministry said in a release Saturday.

Minister Dacic and Bishop Jovan discussed further cooperation between the Foreign Ministry and the SPC Diocese of Slavonia. 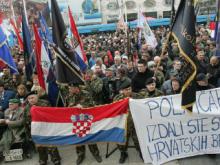 The authorities confirmed that a petition for a referendum to end official use of Serbian Cyrillic script in parts of Croatia has over 526,000 signatures – enough to trigger a vote.

âListen to your caliph and obey him. Support your state, which grows every day,â said Abu Mohamed al-Adnani, announcing the rebirth of the Caliphate in the broad territory between Aleppo in northern Syria and Diyala province in eastern Iraq.

Pasalic was set upon close to his apartment in the Novi Beograd district on Thursday night by three men who beat him up after he refused to give them money.

They also called him an ‘Ustasa’, a supporter of the fascist regime that led Croatia during WWII as a puppet state of Nazi Germany.

VIENNA - The Vienna Institute for International Economic Studies (WIIW) has downgraded its March forecast of economic growth for Western Balkan countries - Serbia, Croatia and Bosnia and Herzegovina - by an average 0.5 percent due to austerity measures and the floods that have hit the region. 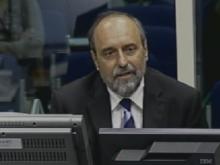 Former Croatian Serb leader Goran Hadzic appeared as the first witness in his own defence at the Hague Tribunal, insisting that he only ever tried to protect the Serb minority in Croatia in wartime.

The most popular tourist destinations among EU citizens are Spain, France and Italy, according to a new report on the travels of Europeans in 2012.

According to the released data, 85% of all trips were in Europe, Bulgaria's Nova TV informs. The report states that citizens of EU countries prefer to go around Europe, as most of the vacations were spent in neighboring countries.

BELGRADE - “Monument to Michael Jackson”, the latest film by Serbian director and screenwriter Darko Lungulov, has been included in the program of the 61st Pula Film Festival.