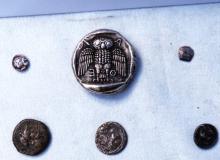 An extremely rare coin dating back to ancient Greece has been found as a result of an operation conducted against historical artifact smugglers in 30 provinces.

Moldova's Football Federation told BIRN on Friday that it was not aware of the situation with the Kosovar player for Croatian Dinamo Zagreb whose request for a Moldovan visa has been rejected.

"I don't know anything about any ban. It is the first time I hear about it. No one from Dinamo Zagreb contacted us in this regard," an official from the Moldovan Football Federation said.

June 2021 was an unusually busy month for coverage of war crimes in the Serbian media, which doesn't usually report on the subject very often. Just a few weeks apart, two major verdicts were announced in The Hague that were highly uncomfortable for Serbia.

Hrastnik – After a one-year break due to Covid-19, Hi Festival returns to Hrastnik this year for its fourth edition, looking to combine music and art with the working class heritage of the eastern Slovenian town. The highlight of the two-day event, which starts on Friday, is the best-selling electro house music performer Tujamo.

The Bosnian state court on Thursday rejected a request from Croatia to remand Vinko Martinovic, alias Stela, in custody after his arrest the previous day on an international arrest warrant for committing a murder in 1996.

Ljubljana – The government has endorsed technical agreements with Poland, Hungary, Romania, Lithuania, Latvia and Estonia on joint patrols and other forms of joint action to manage illegal migration on Slovenia’s border with Croatia.

Brussels – The European Commission has approved, under the EU merger regulation, the acquisition of joint control over a joint venture created by the Slovenian rail operator Slovenske Železnice (SŽ) and Czech EP Logistics International (EPLI) to be active in intermodal rail freight transport.

Media reported on Tuesday that the mayor of the Borovo municipality in eastern Croatia, Zoran Bacanovic, is under police investigation over his recent Facebook post about Operation Storm.

"The first historical artefact smuggling operation against income gained from smuggling in the history of the republic was launched in 30 cities, and 72 of the 96 people under suspicion were detained," Turkish Police said, Anadolu Agency reported.

The operation, codenamed Anatolia, was launched after a two-year investigation by KOM.

Udovicic emphasized that after two defeats in the group phase, things were not looking so good, and that the public was already talking about the fact that the water polo national team of Serbia is not at the required level.

Several countries in the Balkans improved their Olympic scores or achieved even more notable successes at the Tokyo Games, with athletes responsible for the medals taking the centre stage in national celebrations. 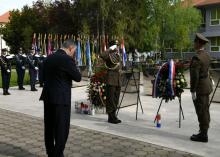 Controversy simmered on Monday in the wake of media reports at the weekend that the Bosnian state prosecution has asked Croatia if it can take over proceedings against 14 Croatian generals who are reportedly suspected of committing war crimes during the Croatian Army's 1995 Operation Flash.

Croatia's political leadership, wartime generals and war veterans gathered on Thursday in the town of Knin to mark the anniversary of the victorious military offensive, Operation Storm, that practically ended the independence war in the country in 1995.

Part of the ceremony took place at the Knin Fortress, while another part was held at the town's football stadium.

The operation terminated an ethnic Serb rebellion but also resulted in some 200,000 Serbs being expelled or fleeing the Knin region in southwest Croatia.

Lazanski was appointed ambassador to Moscow in June 2019. He had been an MP in parliament since June 2016, elected on the ruling Serbian Progressive Party's list as a non-party person.