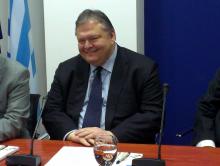 Greece and the Eurogroup agreed on Friday a deal to extend the country?s loan agreement for another four months, pending on lenders approving reform proposals due to be submitted by the Greek side on Monday.

The government welcomed an agreement by eurozone finance ministers in Brussels late on Friday to extend Greece?s financial rescue by four months, saying it would give the newly-installed administration time to negotiate a new deal.

Euro-area finance ministers reached an accord that would keep bailout funds flowing to Greece in return for a commitment to meet certain conditions, buying time to work out the detail of longer-term Greek financing.

Foreign Minister Nikos Kotzias used his appearance at a meeting of Med Group diplomats in Paris on Friday to stress the geopolitical importance of Greece?s eurozone partners helping to prevent the country?s economic collapse. 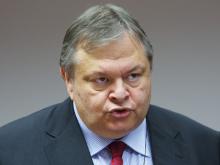 BELGRADE - The exhibition of photographs from the Thessaloniki Archaeological Museum opened in Belgrade's National Museum late on Wednesday in honour of the Greek presidency in the Council of Ministers of the EU.

BELGRADE - Serbia registered more irregular migrants in transit to the EU than asylum seekers, it was noted during a meeting on asylum and migration on Tuesday.

ATHENS/BELGRADE - Evangelos Venizelos, Foreign Minister of Greece as the current chair of the EU Council of Ministers, stated that he has come to Belgrade to bring the message of encouragement and support to the country's further EU integration and internal reforms.

BELGRADE - Evangelos Venizelos, Greece's deputy prime minister and foreign minister, will visit Serbia on Tuesday, in his capacity as President of the Council of the European Union.