All News on Entertainment in Macedonia

Tens of thousands of people of the countries in the region have seen on the Internet the footages of young violine player Jelena Urosevic (23) of Ljig. 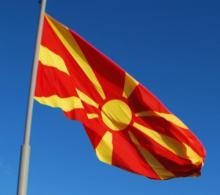 Pictures from Macedonia's capital Skopje can be seen at the European Parliament's visitors center in a short film dedicated to Sofia.

The story presented by the film starts with the 1997 protests that rocked Bulgaria's capital and goes on with later years of transition to market economy in the country. 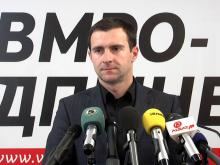 Macedonia's ruling VMRO-DPMNE party has slated CIVIL-Center for Freedom, a local NGO monitoring the April presidential and general elections, calling it a “so-called NGO” that “spreads lies” and works for the opposition Social Democrats. 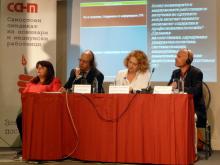 Eighty per cent of journalists in Macedonia think that conditions are worsening, 17 per cent say that they are stagnant and only 3 per cent believe that they are improving, according to new research published by Macedonia’s Independent Journalists' Trade Union, SSNM.

BELGRADE - An exhibition of paintings by internationally acclaimed Serbian artist Ljubica Cuca Sokic will open on Friday at the Gallery of the Serbian Academy of Sciences and Arts (SANU).

The exhibition commemorating the centenary of birth of a painter who made a lasting mark on the Serbian 20th century art scene will present 31 of her works from the SANU art collection.

BELGRADE - The Norwegian film 'I Am Yours', directed by Iram Haq, won the Best Film award in the 'Europe out of Europe' category at the 42nd FEST film festival.

The award, diploma and the prize of EUR 2,000 was delivered to the young Pakistani director at the official closing of the festival in Belgrade's Sava Centre late on Sunday.