All News on Social Issues in Macedonia 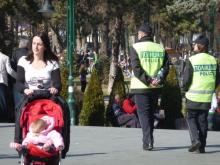 Some 18,500 children in Macedonia stay out of school, many of them forced to do hard work or beg, the First Children’s Embassy – Megjashi, an NGO, said, marking June 12, the World Day against Child Labor. 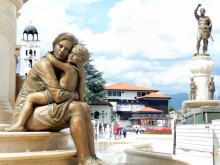 Macedonia's Network of NGOs Against Discrimination - which includes the Macedonian Helsinki Committee for Human Rights - on Tuesday condemned the establishment of an "Institute of Family Studies" at the country's main university. 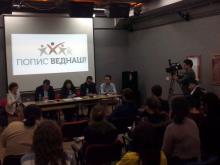 The coalition has launched a campaign called ‘Census Now’, saying that Macedonia must not be held hostage by political elites that interrupted the last census because of the sensitive issue of how many ethnic Macedonians and Albanians live in the country. 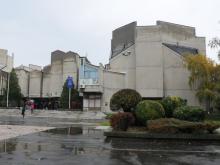 Macedonia's main Sts Cyril and Methodius University has decided to establish a new "Institute for Family Studies" that will teach courses such as “Family Values and Morality”, “ Family and Social Deviations”, “Family and Religion” and “Family in Antiquity”.

Hundreds of Macedonians protested in the streets of Skopje on Monday after a high school graduate was stabbed to death in a suburb of the capital.

The accident took place when the teenager, born in 1995, and his father chased a man who had stolen his bicycle, according to Macedonia's daily Dnevnik. 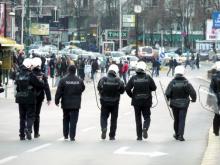 In its latest report on hate crimes, the Helsinki Committee reported 116 such incidents in 2013, and said the authorities often downplayed them as routine acts of violence.

Over 80 per cent of the hate attacks “involved ethnic Macedonians and Albanians”, the report noted.

Malik Obama, who runs a charity foundation, on Monday said it was time for the people of the Balkans to turn to one another and cooperate closely to ensure a better life.

An online survey carried between June and April 2014, including 7,555 respondents from across Southeast Europe, show Albania has the lowest number of unemployed young people actually seeking a job.

Only 36 per cent of the respondents in Albania said they were actively seeking employment, followed by Macedonia and Montenegro, where the figures were 38 and 39 per cent. 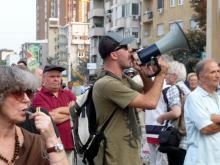 The leftist Solidarnost (Solidarity) movement, the Lenka movement for social justice, as well as the Independent Union of Journalists and Media Workers, SSNM, are among a few unions that plan to use May 1, international labour day, to hold protests in Macedonia.

The Confederation of Trade Unions of Macedonia, KSOM, has also joined the call to join Mayday protests.

Police are moving against street-level drug dealers in the Balkans. [Tomislav Georgiev/SETimes] 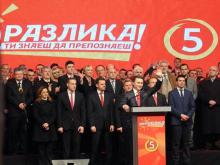 At their respective general election starting rallies at the weekend, government and opposition parties exchanged accusations on a scale not seen in the gentler presidential race that started two weeks earlier. 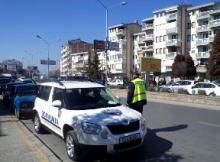 In Macedonia, an effort to stop corrupt police 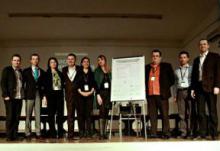 BELGRADE - The representatives of non-governmental organizations from the region of the Western Balkans and Turkey signed on Friday the Belgrade Declaration on Development of Social Entrepreneurship, with an aim to draw attention of the decision-makers in the EU and other countries to the steps that need to be taken for further development of social economy.