A Bulgarian company developing online products is set for expansion at a European level.

Getlokal has decided to step into the European market with its social media which aims at sharing consumers' feedback on visited location, according to Bulgarian website Money.bg. 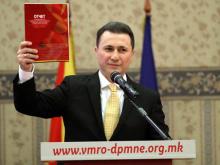 After Macedonia's main ruling VMRO DPMNE party presented a report this weekend on its achievements in office, its junior partner, the ethnic Albanian Democratic Union for Integration, DUI, says it will issue its own separate report, focusing on its own achievements. 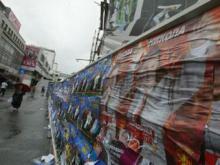 The National Democratic Institute, NDI, said that it wanted to change the current practice in Macedonia where candidates usually do not take part in proper televised debates with each other ahead of polls.

BELGRADE - The representatives of non-governmental organizations from the region of the Western Balkans and Turkey signed on Friday the Belgrade Declaration on Development of Social Entrepreneurship, with an aim to draw attention of the decision-makers in the EU and other countries to the steps that need to be taken for further development of social economy.

BELGRADE - An exhibition of paintings by internationally acclaimed Serbian artist Ljubica Cuca Sokic will open on Friday at the Gallery of the Serbian Academy of Sciences and Arts (SANU).

The exhibition commemorating the centenary of birth of a painter who made a lasting mark on the Serbian 20th century art scene will present 31 of her works from the SANU art collection. 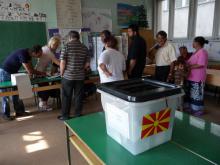 As the country gears up for the start of two election campaigns later this month, for both general and presidential elections, Macedonia's institutions say they are ready for the nationwide operation. 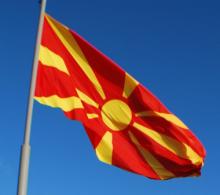 Experts from Russian state-owned Gazprom are to visit Macedonia's capital Skopje for talks over the construction of a South Stream gas pipeline section. 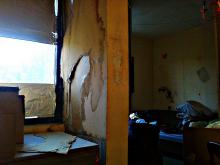 Images of mold-covered walls, squalid toilets, decaying corridors, rooms damp from broken pipes and a canteen with a dismal-looking array of food, have drawn attention on social networks to the plight of students in Macedonia.

The gallery of images is part of a student drive to obtain better conditions in university dormitories, dubbed Operation Dorm, “Operacija studentski”.


Now in its fourth year, INTERPA is a growing international organisation aimed at improving the quality of police training.

BELGRADE - Serbia gained surplus in trade with the CEFTA countries amounting to USD 89.7 million in January 2014, reads a statement by the Statistical Office of the Republic of Serbia (RSZ) on Wednesday.

The exports to the CEFTA countries in January amounted to USD 153.7 million, while the imports were USD 64 million, and the export- import ratio equaled 240 percent. 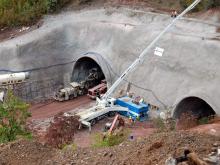 Prosecutor Marko Zvrlevski says he will soon launch an ex-officio probe, even if the two institutions who he says are primarily in charge of such cases, the Financial Intelligence Agency and the Financial Police, decline to do so.

“We have not received a notice from these two institutions, although legally they should react first, before we do,” Zvrlevski told Faktor news portal.

BELGRADE - The Norwegian film 'I Am Yours', directed by Iram Haq, won the Best Film award in the 'Europe out of Europe' category at the 42nd FEST film festival.

The award, diploma and the prize of EUR 2,000 was delivered to the young Pakistani director at the official closing of the festival in Belgrade's Sava Centre late on Sunday.

BELGRADE - Belgrade has been named the best place for tourism as part of the traditional International tourist patrol "SACEN International", with Turkey as the best tourist destination and Belgrade-based Singidunum University as the best partner in tourism in southeastern Europe in 2013. 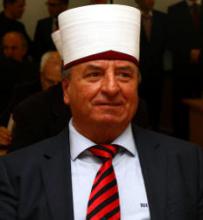 
Analysts and activists caution religious leaders to be careful about their statements on social networks and elsewhere.

NATO and Serbia strive to strengthen co-operation in Kosovo