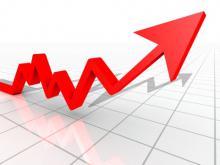 In March 2014 compared with February 2014, seasonally adjusted production in the construction sector fell by 0.6 % in the euro area and by 0.5% in the EU. 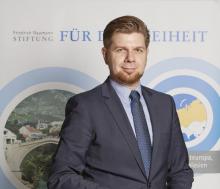 Daniel Kaddik is the Friedrich Naumann Foundation for Freedom's Project Director for Southeast Europe. His fields of expertise include EU integration, the EU's Eastern Enlargement and its Eastern Partnership programs.

Almost 200 years after they became locally extinct, a large group of European bison was relocated on Saturday to the Tarcu Mountain in the Carpathians in Western Romania, in one of the largest reintroductions of the endangered mammal in Europe.

The NGO aims to encourage Bulgarian journalists to state their demand for dignified working conditions directly to the European Commission, according to reports of the Bulgarian National Radio (BNR).

Russia's military actions in Ukraine have changed the security situation in Europe dramatically, according to the Secretary General of NATO Anders Fogh Rasmussen.

In an interview with the Romanian Hotnews.ro on Thursday, Rasmussen said that he expected a NATO summit in September to discuss long term measures to enhance the collective defense of member countries. 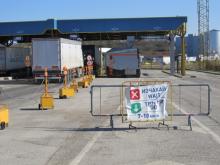 Bulgarian border police authorities seized 55 kilograms of heroin on the Danube Bridge, at the crossing point leading out of the country.

In a joint operation of Ruse's customs unit and the Border Police, officials found the drug divided into fifty separate packages in a lorry with an international license plate, according to reports by the Bulgarian National Radio.

The annual Night of Museums in Romania will involve exhibitions, dance and theatre performances, concerts and films in events all across the country, according to the official website for the event.

Thousands of Romanians are expected to attend the events, hearing hitherto little-known stories of different objects in the museums.

NIŠ -- The Russian Ministry of Emergency Situations has responded to an appeal for assistance made by the Serbian government and sent a team of rescuers to Serbia.

ROME - Serbia's Ana Ivanovic reached the quarter-finals of the WTA tournament in Rome on Thursday by beating Maria Sharapova of Russia 6-1, 6-4 in the third round.

The win was Ivanovic's first against Sharapova after seven consecutive defeats.

In a bid to reach the semi-finals, Ivanovic will face Carla Suarez Navarro of Spain, who beat Romania's Simona Halep 2-1.

NATO needs to have a larger presence in eastern Europe in light of the crisis in Ukraine, Polish Prime Minister Donald Tusk said on Thursday, quoted by The New York Times.

Tusk is in the Slovak capital Bratislava, to attend the session titled "Visegrad Up: Finding Common Grounds in Times of Crisis" at the 2014 GLOBSEC Security Forum.

The checkpoints will be at the borders with Greece – one, Serbia – two, FYROM – three and Romania – two, shows a ministry plan, entitled Strategy for integrated border management.

Romania has announced plans to cancel the debts of 15 companies in the defence sector, citing the worrying geopolitical context, which it says requires strengthening defence capacities.

An American tourist who was injured by a large firecracker explosion on the island of Santorini during celebrations for Greek Orthodox Easter in April has been discharged from the hospital on Crete where she spent several days in critical condition and underwent lifesaving abdominal surgery. 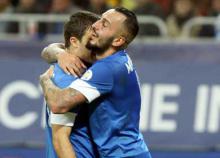 Fulham striker Costas Mitroglou, who has barely played this year due to a knee injury, was included in a 30-man provisional World Cup squad reluctantly revealed by coach Fernando Santos on Wednesday.

Santos had previously stated that he would not announce his provisional squad, only his final selection of 23 players, on May 19.

Predictions that workers from Bulgaria and Romania would arrive en masse in the UK after the removal of remaining work restrictions in January appeared disproved by new statistics showing the total number working in the UK had actually fallen in the last three months.