Energy security, the importance of the nuclear sector, the development of indigenous energy sources, and the energy situation of the Republic of Moldova were some of the topics approached by Romanian Minister for Energy Razvan Nicolescu in his speech at the meeting of the Council of EU Energy Ministers in Luxembourg on Friday.

BELGRADE - Serbian Minister of Defence Bratislav Gasic met on Friday with officers who will assume the duty of military envoys in eight countries in the next few months.

As of this year, Serbia will, for the first time, have military envoys in Brazil, Poland, Angola and the United Arab Emirates, while four officers will take over regular duties in China, Romania, Algeria and Croatia. 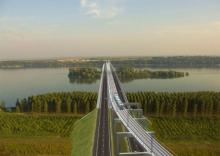 Nearly half a million vehicles have run along Danube Bridge 2 connecting Bulgaria's north-western city of Vidin to Romania's Calafat since its launch on June 14, 2013.

The heaviest traffic is recorded in July, August and September, Vladimir Andreev, CEO of the company operating the facility, told Bulgarian Telegraph Agency.

Prime Minister Victor Ponta on Thursday congratulated the Romanian women's crew that conquered the gold medal in the epee event at the European Fencing Championships in Strasbourg.

A review of a precautionary agreement between Romania and the IMF and the EU has been put off to November, after the government has drafted its 2015 budget, according to Romanian officials.

The Romanian Foreign Affairs Ministry is watching the general developments in Iraq with deep worry and voices concern at the significant deterioration of the security climate, in the northwestern regions mostly, a release to AGERPRES says on Thursday.

Timisoara Professor Sandu Golcea peps up the syllabus of the International Physics Olympiad, which he wants to be a driver for the progress of this competition intended for world-class student elites.

Romania's international financial partners will have to understand that a competitive energy market and lower labour taxes will make Romania a more prosperous and more stable country, Romania's Prime Minister Victor Ponta told a Euromoney conference on Thursday on regional finance and investment for South-East Europe.

The Romanian government on Wednesday announced the launch of the sale of a 51-per-cent stake in the electricity distributor Electrica, from which it hopes to raise up to 1.95 billion lei (some 435 million euro).

The sale forms a major part of the Romania's privatisation strategy, which has been agreed with the International Monetary Fund, IMF. 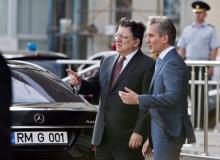 The European Union is to boost the financial aid it allocates to Moldova in support of its commitment to reforms, the leader of the bloc's mission to the country said.

BELGRADE - A meeting of deputy chiefs of staff, attended by delegations of 15 countries participating in the Southeastern Europe Defence Ministerial Process (SEDM), started in Belgrade on Wednesday.