Romania has a huge unexploited potential, while the country's image should be improved from within, and the excessive bureaucratic system needs systematization to provide efficient administration, Swiss Ambassador in Bucharest Jean-Hubert Lebet told AGERPRES in an interview.

The authorities estimate they will obtain over 300 million euro through the selling of 51 percent of the Electrica stock during the initial public listing that will start on June 16, said, on Tuesday, the head of the Directorate for Privatization of the Energy Department Gabriel Dumitrascu, during a conference on the topic of energy.

Foreign Affairs Minister Titus Corlatean on Wednesday will have a meeting with his Polish counterpart Radoslaw Sikorski, on the occasion of the visit to Poland over June 3-4, as a response to an invitation extended by Mr.

Security in Eastern Europe is a growing concern among Romanians, while the number most worried by unemployment and low salaries has fallen slightly, a new poll has revealed.

Around 10 per cent of Romanians are worried about the possibility of a conflict in the region, compared to just 1.4 per cent one year ago, the report from INSCOP polling company said.

The United States on Tuesday shut its airforce base in Kyrgyzstan that had been the main transit hub for troops going to Afghanistan, a move expected to boost Russia's influence in Central Asia.

Romania's first participation in BookExpo America /BEA/, the most important international book fair in North America, held May 28 to 31, in New York , was a real success, the ICR New York says.

Prime Minister Victor Ponta says that Italy is a positive example of how the peoples of Europe can live together and respect each other. 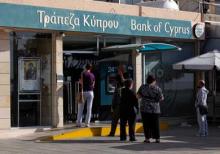 Bank of Cyprus will make a decision on whether to proceed to a share capital increase or not at the end of June, after reporting its first profit in seven quarters on Friday, saying it was on track on deleveraging and improving the quality of its loan portfolio.

First-quarter profit after tax was 31 million euros after a 103-million-euro loss in the last quarter of 2013.

The double made up of Romania's Florin Mergea and Croat Marin Draganja advanced to the men's doubles semifinals of Roland Garros, the second Grand Slam tournament of the year, as it defeated seed No 3 Daniel Nestor of Canada - Nenad Zimonjic of Serbia 6-7 (2), 6-3, 7-6 (5) on Monday.

Russian energy giant Gazprom has booked the entire capacity tendered by the Hungarian side of the Arad - Szeged gas pipeline, chairman of the Chamber of Deputies' Committee for Industries and Services Iulian Iancu told a conference on energy this Monday.

Prime Minister Victor Ponta said on Monday that all financial resources obtained from the sale of shares of Electrica company, which may be actually listed on the stock exchange at end-June, will be used to invest in the energy infrastructure connecting Romania to the Republic of Moldova.

Romania’s Anti-Corruption Department said in its latest progress report that 850 people, including ministers, lawmakers, mayors, judges and prosecutors, were convicted of corruption over the past 12 months.

Among those convicted were four ministers or ex-ministers and five MPs, among them former Prime Minister Adrian Nastase, who was found guilty for a second time in January.

Organic farming, sustainable development of the mountain area and its attractiveness, and support for the small farmers were the main topics discussed on the meeting that Prince Charles had on Saturday with MEP Daciana Sarbu, recently elected for another term as a member of the European Parliament.